Does anyone here have this condition, or ability, or whatever you like to call it?

For those who don’t know, it refers to sensory inputs stimulating other senses than the one to which the stimulation would normally be directed. Typically it seems to take the form of people “seeing” colours in response to certain sounds, smells, or perhaps references to concepts such as numbers, letters or days of the week. Maybe that starts with being exposed as a very young child to alphabet blocks where the ‘A’ was orange, the ‘B’ was blue, etc. I tend to associate Sunday with yellow, Monday with light blue, Tuesdays and Thursdays with a sort of greyish brown or orange, and Wednesday with a deep forest green. I cannot explain any of these associations.

The “seeing sounds as colours” thing seems to be quite common. People might “see” middle C as a particular colour, or associate certain colours with certain musical keys. They may claim that transposing a piece of music into a different key completely changes the colour of it, and they don’t mean “colour” as a figure of speech, they mean its literal colour. I don’t have this ability but I have always kind of envied those who do, because they seem to report that it does not spoil their appreciation of music at all but rather enhances it. The most I can claim is that something in a minor key seems “dark”, both figuratively and literally, compareed with something in a “bright” major key.

… and I’m not sure what, if anything, this song has to do with the condition, but it’s a good song, maybe someone can explain the significance of the title: 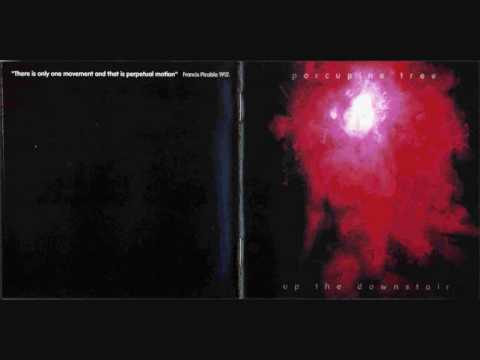 My youngest has classic words /numbers are colours synesthesia. I get it with sounds/music that strongly evoke tactile /texture sensations which sort of feels like a weird asmr thing sometimes.

Sunday with yellow, Monday with light blue, Tuesdays and Thursdays with a sort of greyish brown or orange, and Wednesday with a deep forest green.

Wow, same exact thing for me, except Wednesday is more of a sea green.

I’m curious as to how other people with this see certain songs and albums.

Portions of the “Drown” and “Starla” outro solos have made me see stars before too, similar to if you stand up too quickly.

I think I have a version of this. Catfish and the Bottlemen are a definite brown, for example.

I’m curious as to how other people with this see certain songs and albums.

It’s hard for me to tell, because I think sometimes when I think of the song or the album I am picturing the album art. That’s provided the mood induced by the colour is not too much at odds with the mood of the song.

For example, most of the album “Stupid Dream” by Porcupine Tree appears to me like a kind of metallic blue. “Songs From the Wood” by Jethro Tull is very green, for obvious reasons.

On the other hand, “Green” by R.E.M. evokes no particular colour in my mind. (And yes I do know the reason why there is no green whatsoever in the album cover.) The “Automatic for the people” cover is all shades of grey, yet when I listen to the music most of the songs seem to evoke oranges and blues; the two closing songs more a very dark green.

Yeah, I’m always trying to evaluate too how much the album artwork is contributing to my perception versus how much the band nailed the album artwork. Pearl Jam’s Vitalogy, Radiohead’s Kid A, and Tool’s Aenima are good examples of this - I think the album artwork perfectly matches the music and if pressed I’d chalk it up to the band getting it right. The Pumpkins’ Pisces Iscariot is difficult for me to evaluate since I see every single song as various shades of green in the cover, but with all of the other Pumpkins albums the individual songs take on colors independent of the artwork.