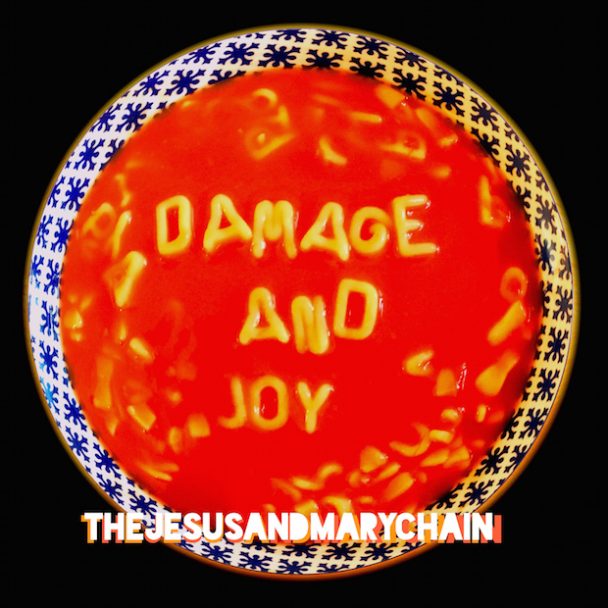 The Jesus And Mary Chain Announce Damage And Joy, First Album In 18 Years

Last month, Creation Records founder Alan McGee claimed that the Jesus And Mary Chain, the great '80s and '90s noise-pop alchemists, had recorded a new album and that it would be coming out in March. This was fucking awesome news; in all their years...

That cover sure spoils the excitement a bit.

which is a reworking of a Jim Reid solo track. I prefer the newer version.

Song is ok, the cover not.

improved the cover a bit for 'em

Can’t say I really care much for JAMC after automatic. Haven’t listened to much of their albums after that but this sounds like a really direct continuation of them? Not so much my thing anymore but I’m glad they’re still going.

I didn’t have high hopes for this, but I thought it would be a little bit stronger. it starts off well, but somewhere in the second quarter there’s a few duet tracks that all kind of sound alike and then last half or so is all over the place. Simian Split might be the worst track they’ve ever put out.

“Amputation” is fairly okay, reminds me of Black Motorcycle Club-- who, shamelessly, I also dig quite a bit. But I digress. I saw JAMC circa 1985 at a shithole club in Huntington Beach, Ca., on a rainy night. The band carried their equipment inside, looking pissed off at the world. They played for about 35 minutes and without a word packed up their equipment, as the 12 of us in the audience looked on, somewhat bewildered by the whole spectacle. It was awesome, obv.

I’ll check tour dates. “Just Like Honey” “Happy When It Rains” and about anything off Automatic. No, this is a rock ‘n’ roll hall of fame band. Psychocandy is a landmark. No, of course I’m gonna go see 'em. It’ll be like a high school reunion, only better.

Unsure if I can post stuff like this here, but I bought two tickets for JAMC at Shepherd’s Bush London on 5th April that I can’t make as I forgot that I’m in Poland that day - I’m hoping to sell these on and book tickets for Oxford instead.

Only around half of the album is new stuff I hear? Interesting point re the duets

I’ll buy it, because it’s the JAMC and it’s what I do, but I thought the single was bang average.

Only around half of the album is new stuff I hear?

I think I read that all of like 3 or 4 tracks were new (or at least not known to be reworks/retitled). Interviews with Jim make sense in that some of the tracks likely would’ve appeared on another JAMC album anyway and some of the tracks do feel a bit more complete. Though I felt some of the older tracks worked just fine too.

Jesus and Mary Chain playing a wee gig in Glasgow next week:

The Jesus And Mary Chain (TheMaryChain) 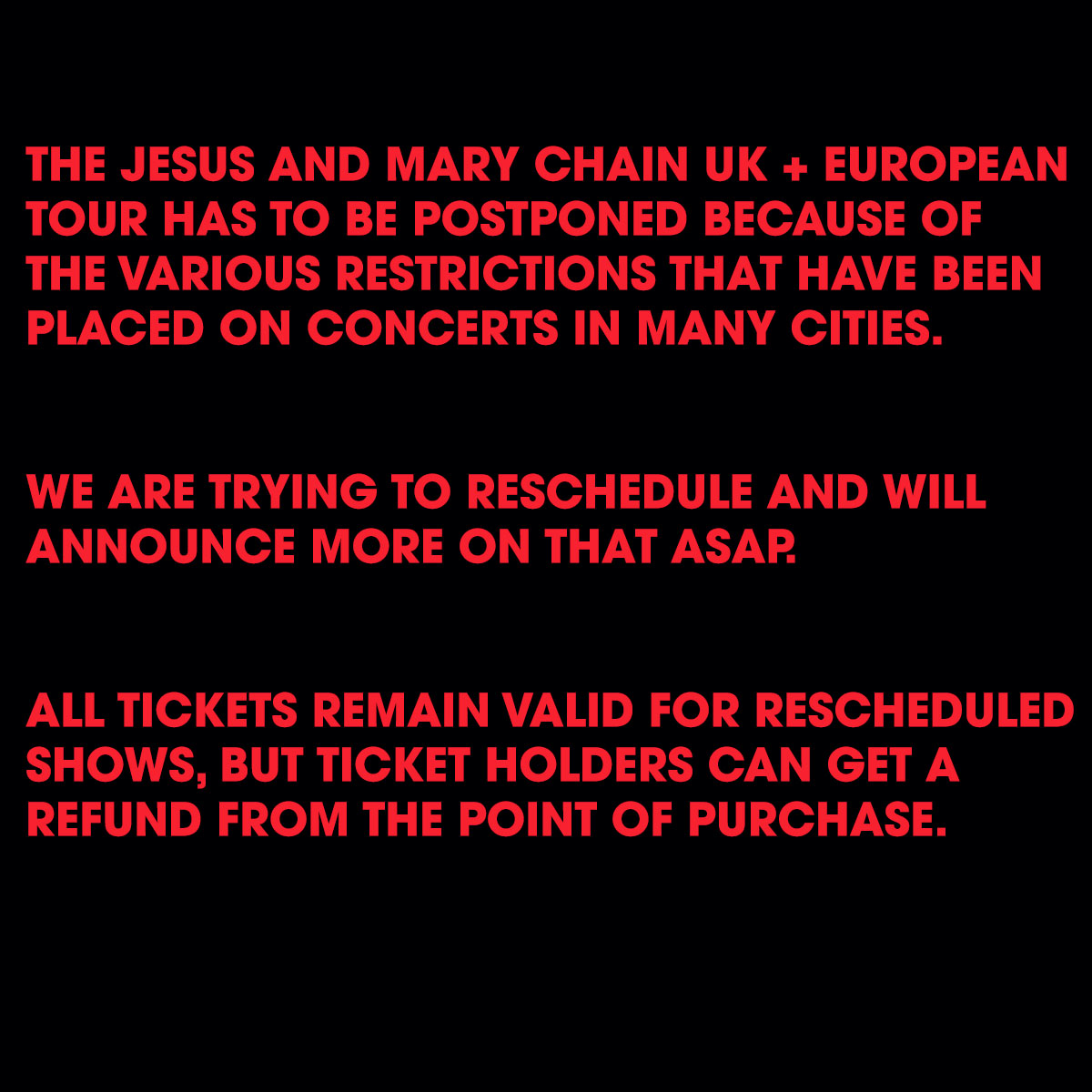