Remembered they exist because they’ve just released a new song, and was wondering how many of the original members the band still has.

Checked out their Wikipedia page, as you do, and was wondering if they’ve been So Solid Crew’d.

Suppose it could be an ‘amusing’ moniker, like Axl Rose or Ed Balls.

That Lithium cover was unforgiveable 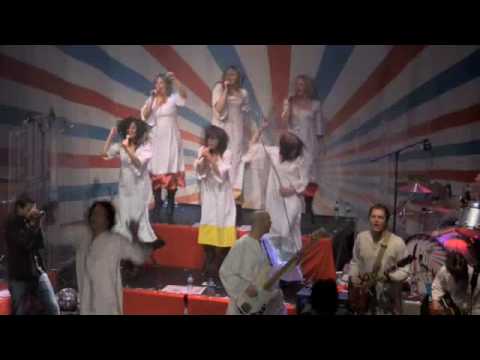 Was this when St Vincent was still a Polyphonic Spreer?

I’m so glad that I didn’t get suckered by this nonsense (also see I’m From Barcelona), I think that the Flaming Lips should take some responsibility.

I had their first album, thanks MTV2. literally only ever listened to that IF YOU DON’T SEE ME FLY INTO THE RED song, which is probably still a banger tbf. 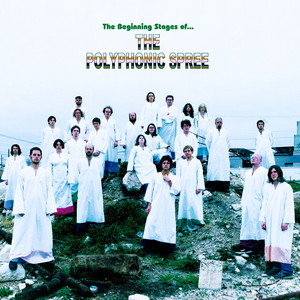 Light & Day / Reach for the Sun

Light and Day was on an advert wasn’t it? Hope I never hear it again.

I really like the Spree, great fun live and that version of Lithium is much better than the original.
So there.

I was (and am) completely sucked into the Polyphonic Spree and I’m From Barcelona experiences. Have seen both bands live oodles of times, and would without a doubt see them again. Amazing live gigs.

Saw them at Jam in Brixton years back, had a great night, and think most people there did too.

Can’t stand to listen to their recordings though.

really fun live too, the lithium cover was awesome

I was at that gig too, had lots of fun - I’m amazed at how many times they were able to come and play in the UK in such a short period around then. I’m a big fan of their first album (and don’t mind the rest), but seeing them live is obviously the best part.

I once knew all of the names for the members of both bands, and met most of them. That piece of important knowledge has long gone now though, as has many of those members from the bands.