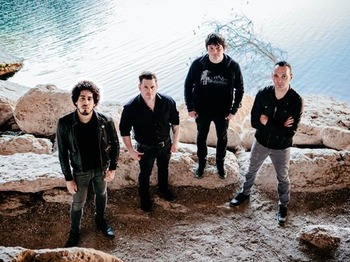 And You Will Know Us By The Trail Of Dead

Cool name - awesome band! Indie based anthemic rockers known for their heavy yet original slant on modern rock. As high-flyers in the music world,...

Bristol Thekla seems like a smaller venue than they could feasibly sell out, no idea on the current popularity of My Vitriol tbh. Nottingham Rescue Rooms and a couple of Koko gis too.

imagine agreeing to co-headline with My Vitriol

Hope this will means Trail of Dead will be on first so I can fuck off home after their set.

I’m guessing My Vitriol must still be quite popular; with just under 30k views, the thread about them is by far the most viewed thread on the music forum in the last year, and seventh on this site. You’ll never squeeze that many people into the Thekla. I’m surprised this hasn’t sold out in a flash.

I can’t. It seems a bit strange. Their last (I think) date in Bristol was the Academy. Seemed a bit sparse, but still a decent sized venue.

wish I’d waited before buying tickets to London, Nottingham is a lot easier

I saw them playing the Anson Rooms in Bristol on the tour for the last album. Didn’t realise they’d come back for a second gig.

wow, you must be getting pretty excited for a new album?

I thought AYWKU… (etc) were “support”, not co-headliners?

...And You Will Know Us By The Trail Of Dead

Dear fans and friends of Trail of Dead, we regret to inform you of our cancellation of our upcoming UK tour with our friends My Vitriol. Due to completely unforeseen circumstances regarding my...

Guys keep it in the main thread of WTAF

Bedford gig cancelled. "It’s one thing after another - it’s seems Lady Luck is really playing tricks on us. Shortly after the Barcelona show, I acquired one of those coughs that incessantly keeps you up all night, and I was hoping it would just go away quickly… but sadly it’s got a lot worse and today it was impossible to sing during rehearsals without coughing & getting very light headed. I really wanted to do the show, but the guys convinced me it would be a bad idea…. and ultimately a bad sh…