On the day that Laurence Fox decided his ego needed to join the London mayoral election race, the Observer ran a story about some promoters looking into proof of having the vaccine to safely attend events so as not to turn them into superspreader events.

Whilst Drowned in Sound has always been a place for rounded debate, where conversation can lead to becoming better informed, I was surprised to see our Facebook comments hijacked in similar ways to how FB posts were taken over when I worked at the BBC.

However there’s also a lengthy and interesting reply from Mark Davyd from Music Venue Trust (if you don’t know him, he’s probably kept your favourite venue open). If you have a moment, go have a read of these comments and report back CLICK HERE FOR THE POST

I would be really curious how you all feel DiS could play a role^ in helping to safely bring back live music and to battle this misinformation and scaremongering and often quite deliberately dangerous covidiot culture that’s sprung up. I don’t think ignoring convenient ignorance and these radicalised edge lords and trolls is going to be good for society, let alone for live music.

^ = not police but politely push back

Not on Facebook. Could someone C&P the article please

Not on Facebook. Could someone C&P the article please 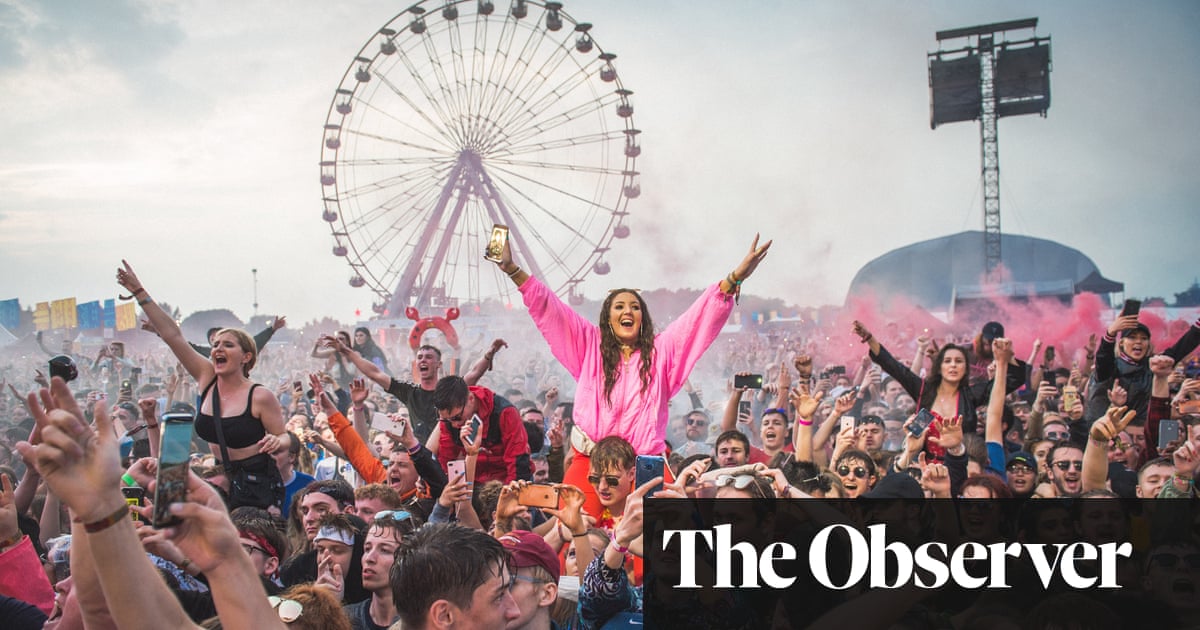 Fans and artists must have Covid vaccine before attending music festivals,...

Indeed but right now there’s a war of misinformation going on. Whilst people aren’t suggesting you’ll get Bill Gates brain from injections sourced from 5G masts or whatever nonsense it is this week, the way in which people are pushing back and suggesting needing to show a green tick on your phone will lead to massive illegal events springing up, seems pretty far fetched.

Personally, I’m quite apprehensive about returning to massive events and want to do so safely. Even popping to the shops currently feels like a risk of catching the virus, especially when too few people are wearing masks or observing social distancing. It takes so few infected people to cause a massive spread and these new mutations are quite alarming.

In one of my replies on that thread I mentioned Marianna Spring (brilliant young journalist going deep into internet misinformation) who if you’ve not seen her Panorama doc or don’t already follow her on Twitter, you’ll find both here

I was talking to a cab driver - who told me he didn’t want the covid jab because of posts online. Turns out he’d seen this video I investigated for @BBCPanorama - featuring some people brandishing medical titles and promoting false vaccine claims. bbc.co.uk/programmes/m00…
1 Like
Caedus 8 March 2021 08:15 #7

I’m not on Facebook so not sure what people are saying but we’re heading in a dangerous direction if people are suggesting we can only attend social events with a vaccine passport or something. Not a fan of that at all. We already need to keep an eye on measures which were introduced to tackle the spread of the pandemic are removed afterwards.

I’ve never really had a problem with the idea of vaccine passports. Venues have the right to refuse entry if one of those conditions is have a vaccine, it is the end of the conversation for me. Probably a load of nuance to the argument but, at the base level that is my view.

What I don’t trust is this fucking Government to implement it in any way which isn’t at best iffy.

I simply don’t understand vaccine passports from an implementation point of view, but maybe I’m missing something.

Those of us who do want a vaccine and will get it are a) very well protected and b) do not transmit the virus to others. So therefore the only people at risk at gigs are… unvaccinated people, who know the risks of not having it in the first place?

Are promoters etc suggesting that these people shouldn’t be at gigs because of risks to themselves?

Gigs, theatre, sporting events etc. where people are in very close proximity probably need to be held off for a while after this so-called Freedom Day on 21st June.
I can understand gigs being announced currently after so long and in anticipation of the lifting of restrictions but with vaccine efficacy at around 90% it still leaves a huge number of the population on whom the vaccine won’t be effective on.

I can accept vaccine passports as a condition for entry. It’s paramount that the event is as safe as possible for all attending. As much as I’d like to see a generic twee indie band at The Lexington soon, I don’t fancy catching Covid or passing it on because some ticket holders are anti-vaxers or have apathy towards vaccination.

There’ll be further variants inevitably and going back to the crowded venues that I used to loved before seems far too soon for me. The daily cases and daily deaths need to be single figures for no-restriction gigs to be allowed to go ahead.

Apologies for sounding preachy but I’m on the tube home after triple night shifts at a major Central London hospital. Things are looking better than at the start of the year but that wasn’t exactly unexpected after how bad things were. No point in throwing it all away in June with unrestricted events being given a green light.

I simply don’t understand vaccine passports from an implementation point of view, but maybe I’m missing something.

Those of us who do want a vaccine and will get it are a) very well protected and b) do not transmit the virus to others. So therefore the only people at risk at gigs are… unvaccinated people, who know the risks of not having it in the first place?

Are promoters etc suggesting that these people shouldn’t be at gigs because of risks to themselves?

Gigs and festivals could be superspreader events, seeding the virus (including new variants). People often travel from all over for large gigs and festivals, and so they could be a key way for an outbreak to occur. Similar to Cheltenham races last year. The people actually there may not be particularly at risk, but the places they end up going back to will include at risk people who haven’t been vaccinated, and so that’s important. There will be a liability issues for insurance as well I expect.

I expect that vaccine passports will be necessary for travel and so that’ll help with events, even if not mandatory within the UK.

It could be that a recent (~48 hrs?) negative lateral flow test result is required for large events. You can now just go and pick them up if you have kids at school. I did one yesterday, it only take 5 mins and then wait 30 mins and then 5 mins to log it online, so it’s pretty convenient as a requirement for large events.

b) do not transmit the virus to others

I don’t think we know that yet do we?

I think there is plenty of evidence to suggest that the vaccines are as good at preventing transmission as they are at preventing serious illness. But I’m not 100% sure.

I personally don’t think there should be a requirement for vaccine passports, etc. Once the vast majority of the adult population is vaccinated by June 21st, the chances of becoming seriously ill from it or passing it on to someone who could become seriously ill are so remote that it becomes a risk we live with. All measures being taken are very much to prevent the NHS from being overrun and there is plenty of evidence already that those vaccinated groups are not dying in hospital now.

Still a way to go, but I am very optimistic that in three months we will be seeing single-digit COVID deaths, even if cases are still occurring.

This is all from a UK perspective though.

I expect that vaccine passports will be necessary for travel and so that’ll help with events, even if not mandatory within the UK.

I’m amazed* at people kicking off about travel vaccinations. No one, I mean no one, ever kicked off about have to to have Hepatitis or yellow fever vaccines to travel to places like Brazil so why should this be treated differently?

I think there’s a difference between the small proportion of the population who need vaccines for tropical disease, and the vast majority of the population who holiday in europe. But yes I agree I think the whole backlash is a bit overstated, and I think people will fall into line apart from a minority of mouthbreathers who will always find some conspiracy to latch onto.

Lots of ifs there, but I’m trying to be hopeful and you’re right that there’s reason to be. All hinges on the next few weeks for me, today we’re herding all of our (unvaccinated) young people in to confined spaces all day long with staff that are also unlikely to be vaccinated, at a time when cases are still around the same level as the first peak last April. Very nervous about that.

Oh yeah, I’d forgotten how terrible our testing system was during the first wave. That’s a fair point.

Yep, pretty much all I typed there is based on hope and a kind of logic. But anything can happen to cripple that logic.

I’m less concerned about the case numbers right now and how they compare to last April, simply because of the number of tests being performed compared to then.

I’m just forcing myself to be optimistic as living without it is crushing my spirit. I’ll deal with the disappointment if it comes, but optimism is getting me through my day to day right now.

So therefore the only people at risk at gigs are… unvaccinated people, who know the risks of not having it in the first place?

From my reading and following media coverage, there are a few things to consider.