Pretty safe line up for 30 bones.

I will go to this.

Liars is a big coup isn’t it. Hopefully they’ll be banging out some new stuff, such a fun good live band.

Always such a fun band to watch live and on the weekend of the tv’s birthday so she’ll be happy!

Ah, Visions is always a great day and I utterly love Liars, but am already booked to see The Manics in Newcastle.

Very solid initial line up! Has there been any word on a new Liars album then?

Has there been any word on a new Liars album then?

Ah ace! I hadn’t realised that Mess came out three (!) years ago? Really should revisit it.

You excited by any of the bands on the lineup J_I?

I really love that new Blanck Mass record, more so than Dumb Flesh but I think. Think Jenny Hval and SOPHIE speak for themselves (is PC Music still a thing?) Goat Girl have been supporting Moonlandingz and I’ve only heard Country Sleeze but they’ve got a good sound. Don’t know much about the rest I have to say.

tbh they had me at Visions dog show.

What about you chief?

I didn’t read the (not so) small print

Pretty much the same though I’m not familiar with SOPHIE (?). Would happily watch Jenny Hval do her funny paddling pool routine again. I can’t make Blanck Mass’s Rich Mix show so that makes up for that. Likewise only heard snippets of Goat Girl but liked what I’ve heard. Are you going to Moonlandingz show at Village Underground then?

Frankie Cosmos and The Men are pretty great too. Still listening to FC’s album Next Thing fairly often.

This wee festival sounds perfect for you mate! Likewise I’m missing Blanck Mass at Rich Mix so this may well be the answer. I’m not going to Moonlandingz alas. I’ll give Frankie Cosmos and The Men a go.

SOPHIE’s schtick seems pretty old hat now but the blogosphere were enamoured back in 2013:

Hmm I wasn’t so keen on that track, I’m afraid… Their track Lemonade seems to be quite popular on Spotify though with a fairly impressive 2 million plays! May listen again after work.

If you’re a fan of Cloud Nothings or Parquet Courts, I think you’ll appreciate The Men. Frankie Cosmos stuff is just short, sweet and confessional:

Cheers man, I’ll give this a listen. Lemonade ended up being used in a McDonald’s advert iirc.

Go figure!! Suppose that makes sense as to how they’ve raked up all those plays without an album under their belts…

Decent enough, I would probably pay that just for The Men, Jenny Hval, Liars and Blanck Mass.

Yeah that for 30 sniffs is decent enough.

Yeah, I was going to say, is PC Music still enough of a thing that Sophie can be second on that list?

they are for this guy

Imagine this being played in St John at Hackney 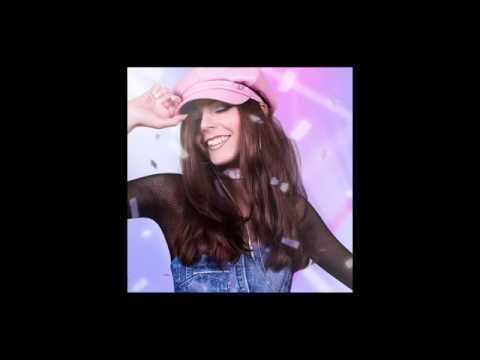