Rounded off the months with these:

A wonderfully made and unique animation rich with such care and heart. Delicately captures so many emotions and vitally important lessons that need to be understood about compassion by our governments and media barons. Should be on the school curriculum.

Screams directorial debut and very much a story that would be a late night drunken discussion. The music/sound was really off, which struck me as that aspect of Trainspotting was so vital and key to its legacy.

Hard to say anything other than “more of the same” and “fine”.

An interesting backdrop and solid performances, but being so ‘authentic’ really left me cold. Liked the floating aspect of the relationships with us drifting in and out of time. Struggling with empathy and that’s a tough hurdle to climb.

Didn’t come across as gimmicky at all and far more heartfelt than I expected. A rather thoughtful and profound psychological study of a man going through that ordeal. Then when you add on the wonderful effects using scale and perspective so well then you really have something special. Would love to be transported back to a 1957 screening to see the reactions.

Could be seen as conventional and televisual in many departments, but it’s social and political message (and odd moments of cinematic flare) elevate it above.

Great of Netflix to drop this on Lunar New Year as we’ve been anticipating it for months. Loved certain aspects, but thought it was oddly paced and judged in others. The ties into the pandemic and how than can spawn and exacerbate physiological trauma is an interesting thread to follow and explored rather well. The same could be said for the use of the iconography of the (face) mask and the many physical and invisible boundaries it can create. So far everything i’ve seen set during or using the pandemic from Inside, The Help, Life In A Day to The Falls have all been poignant takes on this traumatic period of time.

Got a Mubi trial so will finally see Shiva Baby later in the week probs, and planning to see Parallel Mothers ASAP

Have watched/rewatched most Fincher films over the last year or so and have found most of them to be less good than I’d expected/remembered.

But I thought Panic Room was absolutely brilliant. Knows it’s a bit daft and isn’t po faced about it like a lot of his films, builds tension really effectively. Not an ounce of flab on it or wasted screen time. Really loved it. Think it might be the best Fincher film

January: 11 watches, of which 2 were re-watches
Best first watch of Jan: The Master
Worst: Licorice Pizza

17 watched in January. All new to me.
Best: Boiling point, King Richard
Worst: Sword of trust

Herself - Drama set in Ireland about a woman who flees a violent relationship and attempts to build her own house from scratch. Some very strong performances but some of the tonal shifts were a bit jarring (one scene from her past gets repeated one time too many and feels manipulative).

Belfast - 100% the film you think it is, good or bad. The opening set piece of the Catholic houses being marked was genuinely quite tense but knowing it was a 12a gathered that it wouldn’t keep that pace and sure enough it doesn’t. Jude Hill is wonderful though, really good comic timing and he can pull a sad face like a pro.

Thought First Cow was utterly beautiful. Admired that it was completely happy to go at it’s own pace and amble along pleasantly. Really excellently understated and intimate performances from the two leads. Watching their friendship form and build was so warming. Felt like I could have happily watched a whole series set in this world.

also made me so goddamn hungry

God yes it did! Baked for the first time in ages last week and now after this I think I’ll either be making some oiley cakes / scones or some of that pan blueberry tart thing that looked incredible!

La Bouche de Jean-Pierre is a tough watch but for a Gaspar Noe involved project, rather well handled

Saw Memoria last night, not really sure what to think of it… The long essentially focusless shots felt very meditative but became patience testing the but with the guy sleeping/dead on the grass felt like it went on for about 20 mins. The finale with the spaceship was pretty bizarre too.

Felt more like something you’d see in a gallery than a cinema. Not sure if it was for me.

Also what a knockout score from William Tyler - it complimented the vibe of the film perfectly! 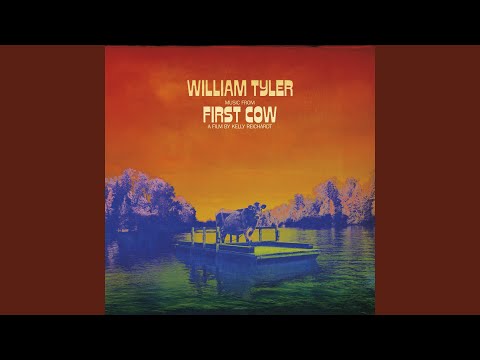 Saw Memoria last night, not really sure what to think of it… The long essentially focusless shots felt very meditative but became patience testing the but with the guy sleeping/dead on the grass felt like it went on for about 20 mins. The finale with the spaceship was pretty bizarre too.

Felt more like something you’d see in a gallery than a cinema. Not sure if it was for me.

Love that gallery description. Nailed how I felt!

Oddly, this is almost identical to mine plus a couple of
watches.

The Lower Depths - Akira Kurosawa film with his actor Toshiro Mifune as usual lead. Based on Maxim Gorky’s play of the same name that I haven’t read or knew about.
Mainly follows a group of dwellers at a slum and is filmed almost within it and the main story is that Milfune’s relationships between two sisters, one who’s the landlady.
Usual high standard directing and acting but unfortunately I didn’t engage with it or was drawn in. 6/10.

Come True - Canadian sci-fi horror. An 18 year old woman enrols in a sleep study as she’s having sleep problems. The study is a bit shadowy obviously. Doesn’t go for jumps and scares but atmosphere. Also goes for a lot of style and for me does so over substance and tries to be a bit too Primer or The Vast Of Night. Enjoyed the start and the cold blue-green hue it was shot in.
Good attempt but not successfully done. 5.5/10.

The Alpinist - Documentary that follows solo climber Marc-Andre Lelerc. Inevitably there’s huge similarities between this and Free Solo with Alex Honnold and Honnold in one of the many interviewed here.

Lelerc’s risk taking from a total outsider like me was on another level from what I saw when I saw Free Solo. He climbed frozen mountains and literally frozen waterfalls. The feats were stunning and the mental approach to this and life in general for someone like me was mind boggling. I was thinking of climbing a mound in Central London but unfortunately they closed it before I was going to buy some crampons, a whistle and flares.

Honnold was more comfortable on camera than Lelerc in being interviewed and coming forward with things to say on camera etc. Leclerc also perhaps due to his very solo/isolationist approach to climbing and personality traits didn’t have a close relationship with the filmmakers as Honnold had. As a result despite the unbelievable danger Lelerc put himself the shots unfortunately weren’t as gripping as Honnold’s when he climbed El Capitan.

Very sad to hear Lelerc died on a climb. I don’t mean to sound heartless but the editing and film making here could and should have been much better. Longer and padded out back stories of Lelerc from his family and friends would have helped.
Obviously his passing was sad but that side of the film should have pulled the viewer in far more and should have been emotional for those watching. Instead it almost felt like a stand alone epilogue to the film.

Definitely worth watching but despite the score it should have been better. 8/10.

January - 13 watched, all new to me
Best: Rashomon, Florida Project (These were my 5/5s, most stuff I watched was 4/5+)
Worst: American Animals (sacked it off after 40 mins, absolutely hated the way it was shot), Nightmare Alley (not bad just forgettable)

Spencer (2021) Nothing to add that likely hasn’t already been said, thought this was absolutely fantastic. Reminded me of Black Swan at times. Incredible score, incredible lead performance 4.75/5

I definitely think I am in the minority on that one!

It felt so dated for such a recent film, really disliked the camera work but am not technical enough to describe exactly what it was that I disliked.

I watched Groundhog Day last night and didn’t realise until it was mentioned in the film that I was watching it on actual Groundhog Day. An amazing coincidence.