What to see in Boston, MA?

Hello all, going to Boston in may to visit some family but also need to get an itinerary together for my couple of days in the city.

Been a couple of times found it a bit of a weird city but don’t know why.

Fenway park tour was cool and i’m not into baseball at all, think it’ll be good if you’re into any sport.
Freedom trail walk is good and free
Loads of good art galleries and museums
Lots of really good italian food

Stayed at the Lennox last time which was great, amazing concierge who just sorted literally anything we wanted. It’s expensive as though

I’d be going to this for def:

bit obsessed with it because of the heist that happened there but it looks cool anyway. dat atrium.

Got tickets for a Red Sox game at Fenway Park. From memory they weren’t very expensive and it’s a good game to watch if you like sports.

Likewise, the Freedom Trail is cool as well

Boston’s one of the few actual walkable cities in America so it’s decent to just wander around. The City Hall is a really cool brutalist building that’s worth a look. The Gardner, Museum of Fine Arts and ICA are all cool but what with it being America they’re all quite expensive to get in to. As everyone else has said Fenway is worth a trip even if you hate baseball (it is really dull tbh).

Trident Booksellers has a cafe which does exceptional tater tots, had a very good burger at a place called Tasty Burger too. Found Boston quite pleasant overall but would probably struggle to kill more than a couple of days there.

We stayed in Cambridge only had a day in Boston. It is a weirdly massive place to say that the very centre itself is quite small we only had time for the bus tour and a trip round the bay. Would visit again should have stayed there another day than Quebec (massively disappointing place).

Cambridge has some alright bars

Freedom trail is a must do.

As others have said, it’s a really nice city to walk. Go and see the Red Sox, also there’s a cool seafood place you can get a train out to and then walk around the bay for some chowder and lobster rolls

I love Boston and have family there so am there semi-regularly.

The centre is nice for walking, Beacon Hill and the public gardens, up Charles Street, down the river, through the Back Bay, all nice.

Lots of nice cafes, there’s a Boston chain called Tatte that’s very reliable. For other eating / drinking, Trillium in Fort Point for sludge beers, and Sam Adams have a taproom right by Faneuil Hall (think Covent Garden) with good bar food and free arcade machines. Get pizza from Pizza Regina in the North End, it’s an institution and rightly so. Lincoln Tavern in Southie is my favourite place to eat, great food and good buzz.

Brattle Books (oldest bookshop in US).
Union Oyster House (America’s oldest restaurant)
Faneuil Hall (bunch of restaurants and shops here, the T line for trains has a stop directly in the middle)

This thread is great as currently planning an adventure in this part of the world.

As an adjacent question, can anyone suggest a good base to stop overnight in Rhode Island? We’d like to visit Newport and would be a good stop between Cape Cod and Mystic, but everywhere looks eye wateringly expensive (min £350 pn+)

Cranston or Warwick are within your stop destinations. The Marriott in Warwick is perfectly fine. Set you back 100-150 tops a night.

You bet man! Yeah I’m from CT (about 1.5 hours away from Mystic). Work all over the NE all the time, happy to hep.

Thanks man. I’ll be in touch

The Mapparium is worth a visit, just for the weird acoustics. 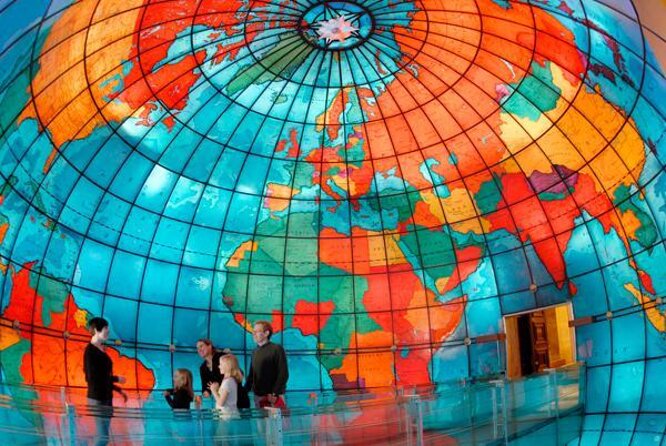 It’s on an Unwound album cover too: 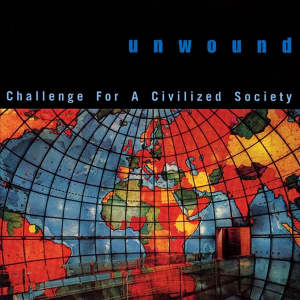 As folk have said, Fenway Park, Isabella Stewart Gardner Museum and the Freedom Trail are worth a look. We ended up leaving the Museum of Fine Arts until the last minute as I wasn’t really in a gallery mood, but it was excellent too.

If you like books, head over the river to Harvard Square - Loads of nice shops there - and you can have a look round the uni as well.

Absolute best thing we did was a whale-watching trip, which was beyond the upper end of our budget tbf. Humpback whales are huuuuuge!

EDIT: Actually, more than anything, just go for a wander. It’s a pleasant city, very walkable, with loads of nice hidden shops, bars and cafes.

Many thanks to everyone in here too - im due to be there in the Summer. Has been about 20 years since i went last. Very excited

We stayed in back bay when we went, some nice apartment hotel type spaces there.

From their the walk up to Harvard, over the river and past MIT is nice.

You can get a boat trip out of the harbour that takes you to Salem for the day, and has the chance of whale spotting. We went to the Sam Adams brewery instead and I’ve regretted it ever since.

Will probably do a mix of Freedom trail, Fenway tour and maybe a game, and plenty of wandering