What's everyone doing next month? 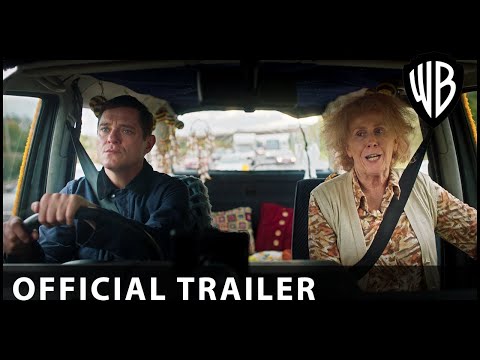 I’ll be self isolating to avoid accidentally watching this.

The film will probably include hilarious cameos from Am I Bothered or Computer Says No. Different “sitcoms” I know but they’re both crap and would compliment each other.

There’s most likely Amazon-like film notifications that people have received: “You’ve watched Mrs Brown’s Boys. Why not watch this shit too?”.

I’ll be a git and try and look up advance ticket sales for this.

Superb thread work btw. Title’s just vague and intriguing enough to draw you in, where you’re greeted with this horror. Thread entitled “The Nan Movie” would probably barely scrape 10 replies.

I thought it looked good

Genuinely thought this was from 10 years ago not right now.

Me: “Ahahaha Ballsack, this must surely be the most ridiculous thing on the page, no point in me reading any further down the page. No point at all.”

I think you guys are purile.

Arsemunch is most likely a German-speaking intellectual in the film. It’s probably a typo on Wiki and should have read Arsemünch.

Stop getting The Nan Movie wrong!

Sincere apologies to you and your precious Gran Movie.

As penance you should be sentenced to watch all three
On The Buses films.

It’s a disproportionate punishment but needs must.

I don’t actually know anything about it but I assume they’re casually racist throughout?

Nan Movie, followed by a pint at that Ancoats Lads pub to dissect it.