Primavera too then, hopefully. Not that I’m sure he’s worth watching live

Not that I’m sure he’s worth watching live

Excited by the idea of this… Though in practice Aphex Twin playing, presumably as some kind of headliner, to the Field Day crowd could fall a bit dead. Also dunno what he does live really. It’s one of those “live” DJ sets mainly consisting of other peoples tracks innit? Could also surprise with some kind of new live set up but there seems a lot of reasons why this might not be all that. Would/will work much better late night at Primavera.

Always been great when I’ve seen him. He played the theme to Grandstand once.

Always terrible whenever I’ve seen him DJ. He doesn’t really do live does he? I know he did some mad thing with flying pianos at the Barbican a few years ago. Every time I’ve seen him at a festival (Glastonbury x 2, Homelands?..) he’s been terrible. No groove; play a comedy record; hide behind decks. Some people seem to laud this as some kind of maverick genius, maybe; but it doesn’t equal a good night out.

Few of my friends saw him when he played Bestival, said he was utter pants. A load of tedious breakbeat and an occasional incongruous cheesy song.

Nah not next year ruffers, I’m not going 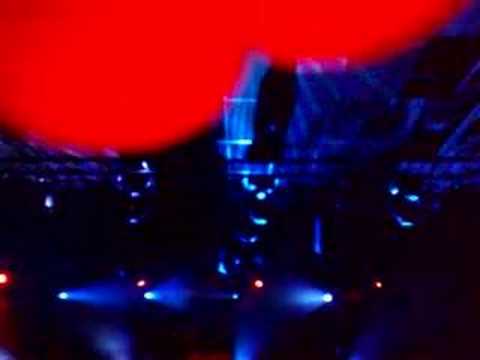 Seen him 4 times- he was terrible at Astoria and Reading Festival but fantastic for the 2 sets at ATP in 07. Think he crossed some sort of line in the noughties where he went from antagonistic live act to excellent DJ. Judging by the comments this isn’t always the case. He clearly has an incredible record collection spanning the entire history of electronic music. He’s a great pull for Field Day though I reckon he may be a bit flat with that sound system. Here’s hoping to some indoor shows soon though.

So he’s playing a new stage it seems.

“We are so excited to confirm that we will be announcing Aphex Twin to headline Field Day’s brand new second main stage arena,” the festival stated. “The Barn will be a gigantic hanger-like construction with a state of the art high-powered sound system and one of the most technologically advanced lighting rigs around.”

Went to his performance at the Barbican, it was a bit mixed to say the least. Kind of pondering which day he’s going to play on because I could easily see Saturday selling out again if he’s headlining.

Looking forward to it being absolutely rammed

I saw him at The Astoria - assuming it was the same occasion, that’s probably one of the worst shows I’ve been to.

2002 i think? You couldn’t even tell when his set began or ended as he never showed up on stage. Music was rubbish as well. Still better than when he put sandpaper on a turntable. Or that time he played out a cassette of drilling noises through a boombox and only came on stage to flip to side B.

Yup. We were upstairs and could just about spot him with his decks in the wings just off stage. Terrible…

Honestly don’t think he’s that big a draw for a lot of the crowd. Hence headlining the second stage

Maybe… he sold out the Barbican pretty quickly though and iirc he hasn’t played live in quite awhile.

It’s true he hasn’t played in London for a while but that’s something like a 2000 capacity venue vs a 30000 capacity festival. Not sure his millennial appeal is all that huge but he’s a sizeable cult figure nonetheless