Cabbage - Ending their career before it's begun

Don’t know their music at all, but I remember them getting a decent review on here. Anyway, it turns out the singer is a giant, massive, fucking knobhead: 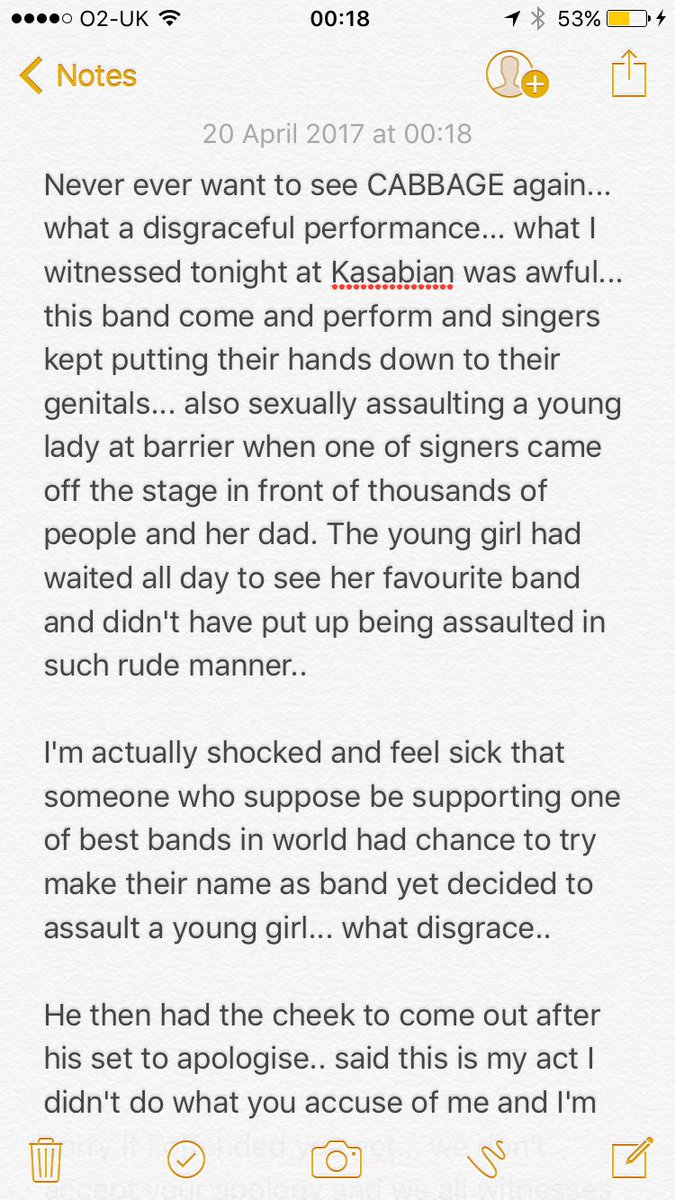 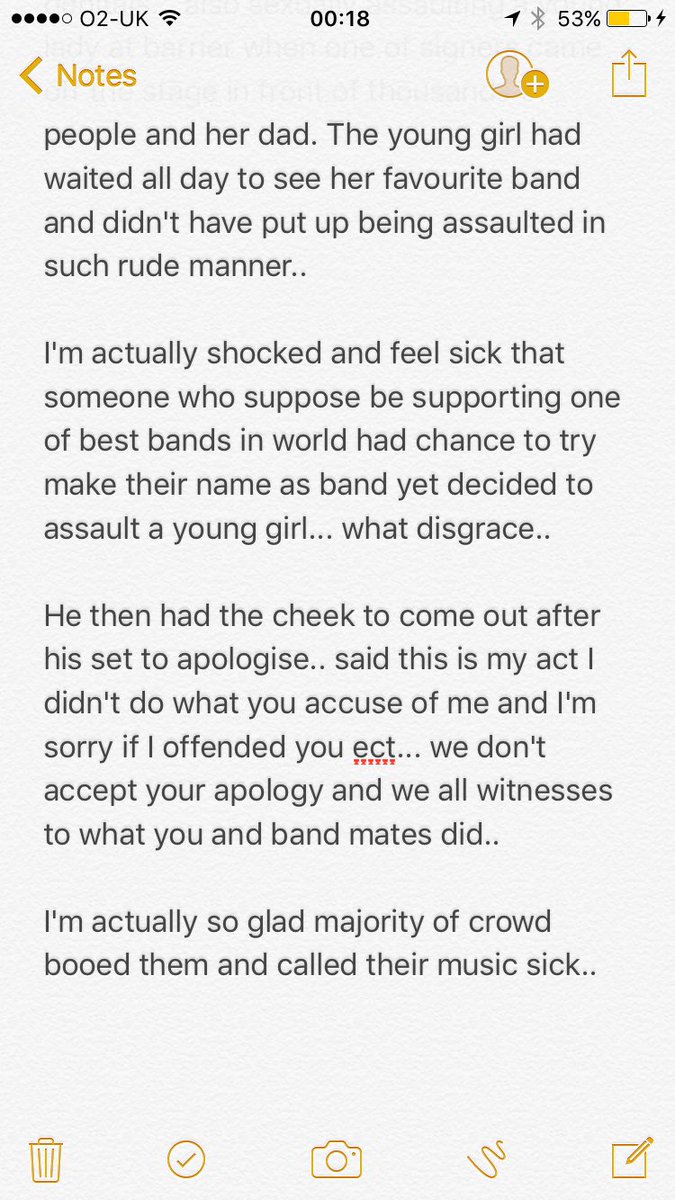 Terrible band name, even worse album title, just assumed they were shit and a load of cunts

Really enjoyed them live. Won’t be seeing them again if this is in any way accurate though

Shame, I really like a couple of their songs. I think they’re trying to play at being rock caricatures but it really isn’t working at all…even harder to do that when you’ve not got your own crowd.

It’s not the 1970s any more though, not really acceptable now.

Never heard of them, sounds like an awful cunt. Hopefully Kasabian will bin them off but, y’know, Catfish and The Bottlemen have a career so probably wishful thinking

“supporting one of the best bands in the world” 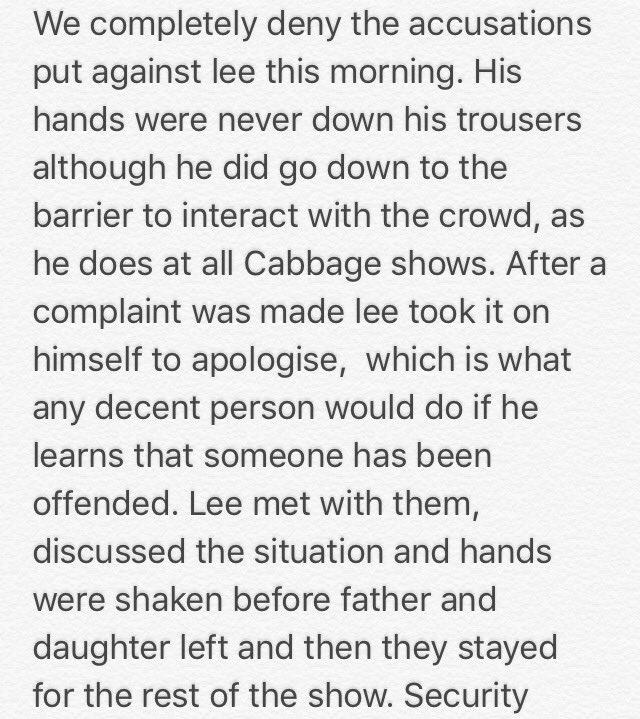 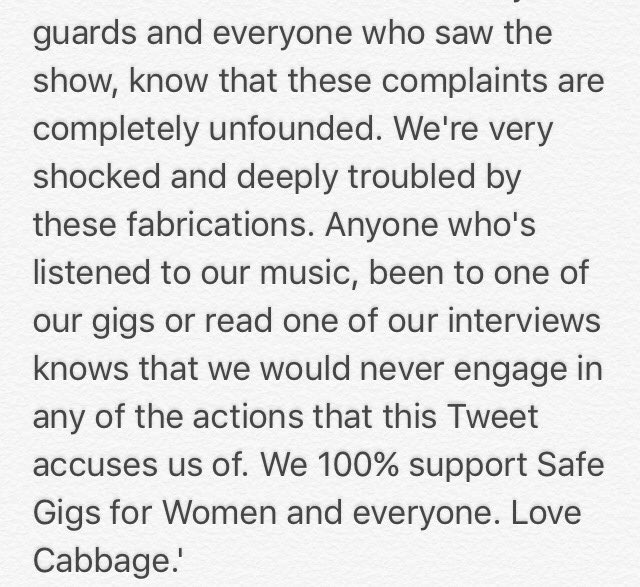 “Anyone who’s listened to our music, been to one of our gigs or read one of our interviews knows we would never engage in any of the actions that this Tweet accuses us of.”

Their Twitter icon literally says “Young, Dumb and Full of…”

Boil them up the stupid fuckers.

I’ve not heard their music and I really don’t want to now.

Do they sound like Brother? By which, of course, I mean Viva Brother.

I wasn’t at the show so i obviously have no idea what actually happened but there’s a few replies to their apology from people who were there and also on the front row stating that the band are a bunch of lying twats and that the original accusations are true.

I wasn’t at the show either, and I’d not heard of the band before today. But I’m not doubting that it happened for one second. I was just pointing out how that quote’s utterly incongruous with their sleazy image.

I agree.
Wasn’t having a go at you!

I saw them last year and they are actually not too bad, in a very different league to yr normal manc 3rd division oasis wannabes. More a feral fat white family vibe.

The singer sounds like a right idiot, feel sorry for the rest of the band though if they have to put up with that.

Bunch of chancer cunts anyway. Just looked at a picture of them and they’ve all copied their look from some mid-noughties “lad-rock” loser has-been, apart from the vocalist who looks like a fatter Alan Partridge. Just disband now, lads.