Cold fingers around my throat - The Rolling Horror Thread 2018

As requested, a (corpse) fresh thread for the new year…

The old thread, with its incredibly multitude wisdom can be found here

As we approach the most magical time of the year (Halloween, Samhain, All Saints’ Eve, call it as you will) so the horror thread rises from the crypt, or the old DiS forum to give it its proper name…

Upcoming horror business, new series of Ash vs Evil Dead and The Walking Dead imminent. Who got killed in the cliffhanger ending to the last series of TWD? My guess would be Abraham.

Also, new Blair Witch film in the cinemas next week, and the initial buzz has been surpris…

So…as it turned out, horror smashed every other genre out of the box office park in 2017 - which means that there are going to be a ton of interesting films being made in the near future. Let’s have a look at what’s upcoming 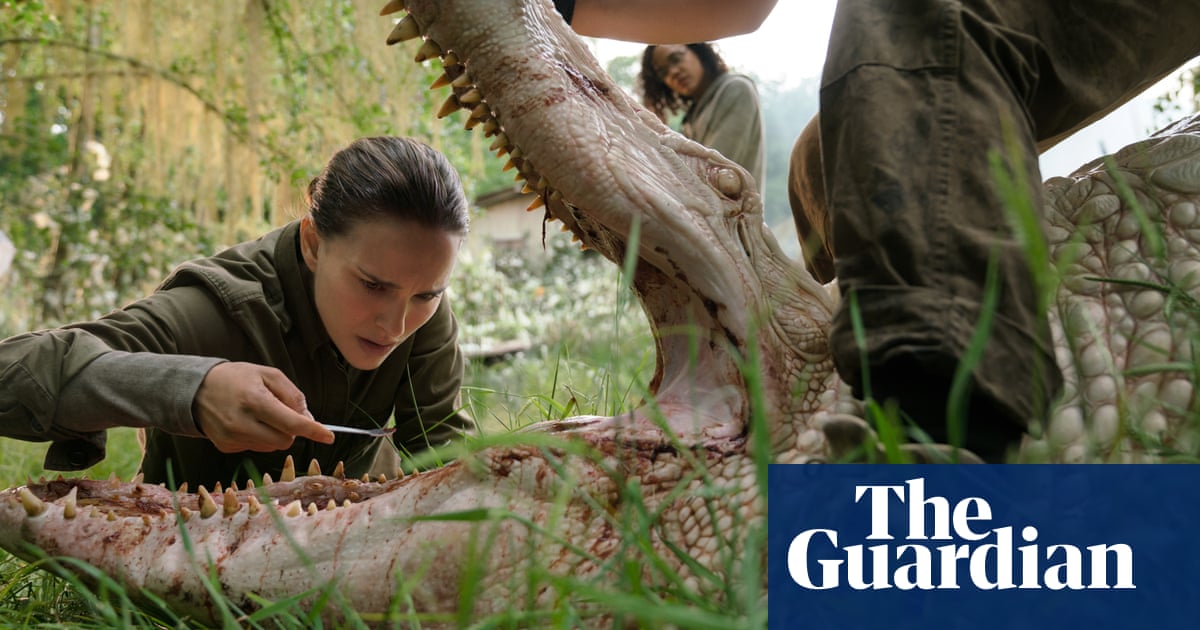 The most exciting sci-fi, fantasy and horror films of 2018

Alex Garland sends Natalie Portman into the unknown, the Cloverfield saga colonises outer space and Jason Statham does battle with a giant shark

This has a ridiculously starry cast, including J-Lo, Ice Cube, Owen Wilson, Eric Stolz and Jon Voight. I don’t remember there being a boon in creature features in the mid 90s, so quite what anyone thought they were signing up for I’m not sure - this is sub Sharknado fare. The snake itself looks like it was CGI’d on a ZX Spectrum. Jon Voight (one academy award, four Golden Globes) is ludicrously over the top throughout. I don’t think it’s giving too much away to reveal that some of the cast get gratuitously eaten by the snake at points. It’s terrible, but then again it made $150m at the box office and spawned four (!) sequels, so what do I know? 3/10 “In the setting of the film, the relevant authorities can’t hear you scream when the population is weighted heavily more towards snakes than people”

“When you’re dead because a snake killed you, no one can hear you scream”

Might be going to see New Years Evil tomorrow at the BFI. Looking forward to Hold The Dark, everything Saulnier has done so far has been great and I’m currently playing The Long Dark which is full of wolves attacking you out of nowhere in the middle of blizzards. Anyone who hasn’t seen Saulnier’s first film Murder Party, it’s well worth seeing.

Haven’t watched this in ages -I think I used to like it?

That cast though, amazing work.

it’s a classic turn-off-your-brain 90s creature feature, if i recall correctly . some pretty gruesome death scenes, voight hamming it up even by his standards, would probably keep watching if i landed on it accidentally

I think out of that list I’m most excited about Annihilation. Have had my beady eye on it for a while “the author has called the film “extremely horrific”” EXTREMELY INTRIGUED!

Halloween… with Jamie Lee Curtis? The director seems to have had a good run of things lately so I’m tempted to get even a little bit excited about this. Any excuse really.

When taking about the new one everyone seems to have forgotten the 90s (I think, maybe early noughties) Halloween sequel when JLC came back and was an alcoholic. I remember it “not being terrible”

Never forget. Which one are you talking about? Halloween H2O or the one with busta rhymes and Tyra banks

h:resurrection was ghastly bad and spoiler alert JLC im pretty sure she dies in it

Wasn’t even aware of the other

I’m up for Annihilation if for no other reason than that I loved Ex Machina… It’s gonna be interesting to see what the horror-flavoured New Mutants film has to offer too. And if the catchily titled ‘Untitled Cloverfield sequel’ is as good as the first two, I’ll be very happy…

As for what I’ve seen recently, Tuesday found me watching Don’t Breathe, finally. And I think I mostly really enjoyed this. It’s hard to think of recent films I’ve seen that have been as suspenseful as this, although it didn’t disturb in quite the way that I like my horror to. Not sure that I’ll ever look at a turkey-baster in the same way again, though. Ahem. Was a little skeptical about the ending of the film: how the fuck did the cops overlook the basement dungeon set-up the blind man had going on? Mind you, Black Christmas ends in a very similar way and I don’t have any problems with that… Interesting to see another addition to the series of recent horror movies set in Detroit although I’m not sure that this did anything substantial with that backdrop. Ultimately, this was a really well done reversal of the typical home-invasion plot and if that’s what you’re looking for, this should definitely do it for you…

I’ve been making my way through Alan Moore and Jacen Burrows’ Providence recently and it’s absolutely magnificent and comes highly recommended. I’m one issue from the end and it’s been one of the most enjoyable reading experiences I’ve had in ages. If you’re not familiar with the central conceit, this is Moore tackling the works of HP Lovecraft and because it’s Alan Moore there’s often more going on in a single panel than most comics manage to squeeze into entire runs. Essentially, this follows our protagonist, journalist Robert Black, as he travels throughout 1910s New England encountering a plethora of characters and situations that will be immediately familiar to you if you’ve read Lovecraft. If you’re thinking of reading this, you’d do well to check out Moore’s earlier work, Neonomicon, which Providence serves as both a prequel and sequel to. Also, check out this site to help you pick up on any references you might have missed: https://factsprovidence.wordpress.com/ I can’t say enough good stuff about this – if you’ve ever loved Lovecraft, check this out ASAP.

I’ve never been a huge fan of conventional zombie films, but on the flipside I do love films that mess with the convention. While this isn’t quite such a genre resetting rom-zom-com as Shaun Of The Dead, it nonetheless is genuinely sweet plus has some good laughs. The central idea is that after the zombie apocalypse, zombies are still essentially people, only somewhat slowed down and with a guilty taste for human brains. Despite this, the conventional living maintain conventional post-apocalypse protocols, particularly John Malkovich who hams it up thoroughly throughout. Yer man from About A Boy has retained enough of his humanity (plus some he acquires along the way) to fall in love with yer lass from Lights Out. Despite only being a 12, this has some neat creature design and some genuine moments of peril. The conclusion is pleasing, plus the score/soundtrack is good throughout. Pretty light for the horror thread, but definitely worth a watch. 7/10 I remember this being a fun watch. Like you say, pretty light, but that made it suitable Halloween-viewing for my me and my horror-hating spouse.

I remember this being a fun watch. Like you say, pretty light, but that made it suitable Halloween-viewing for my me and my horror-hating spouse.

The thinly veiled doesn’t hate horror but wouldn’t usually go out of her way to watch any. Watching Warm Bodies was actually her idea