This was unexpected, full band version/companion piece of Ruminations plus 7 new songs

I really like ruminations, but only because it was so stripped down, didn’t need a band - will give this a shot though.

Yeah appeal to Ruminations was the stripped back and more intimate sound but I’m certainly not going to turn my nose up about the prospect of new Oberst!

that’s a contender for worst album artwork for me already

Is that the kid from last weeks IASIP?!

hmm sounds a bit like mystic valley band, which prob my least fave of his stuff

think i prefer this to the solo one

don’t know why he’d feel the need to do this.

ruinations was great for how low key it was

This basically. It says in the blurb in the link up there this was always the intention. Guess he wanted to do the full version still.

It’s so not like a Conor oberst cover I wonder if it’s some kind of joke.

Pre-ordered it from Nonesuch because it will apparently come with a signed print (and I own a physically copy of all his albums, so thought I might as well). 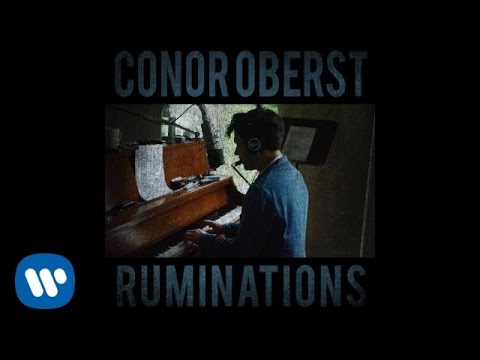 I was somewhat won over by the end of the track. It’s nothing special but s’alright!

Did the same. Missed out on the signed version of Ruminations so glad to be getting this. Gotta keep the Oberst collection going.

Can’t say I’m overawed by what I have heard so far, having really loved Ruminations. I just find when he brings in a bunch of ringers and session musicians, the music lacks some of the warmth that made BE so wonderful.
That said, more Oberst is always good news.

Yeah I know what you mean, it’ll be decent cos they’re good songs and I like that version of tachycardia but I’m not sure how improved they’ll be buy some lead guitar noodling over them (like in A Little Uncanny).

Wish he’d work with Mogis again, there was something special when they did stuff together and the full band Bright Eyes material sounds great.

I really wish him and Mogis would work together again. His production style always brought the best out of the material and his lap steel playing is always perfectly in tune with the tracks.

Exactly. That’s what a meant about the guitar noodling on the new tracks, it sounds like someone playing over it but Mogis’ playing always intertwined with the songs perfectly.