I’ve started getting these messages when I click through on a link on my work’s Outlook. They should have gone the whole hog and sent me the message in Comic Sans Were you the killer or the killee?

Killee but ended up killing the killer

if anything, that would make me suspicious

My work Outlook have a second step where you need to verify each external link you open with a security code.

It isn’t time consuming at all.

You get that the first time you use a new device. It’s usually when I’m opening a link to a council-run website

Morning kids, It’s Friday! We made it!

Had a great time at Jane Weaver last night. Why don’t I listen to her records more? She’s great. She also played a new song as her second to last track and it was MASSIVE. It had the same kind of impact as when I heard those Beth Orton / Chemical Brothers tracks for the first time back in the day. Gruff Rhys tonight, which should be ace, as long as cycling to Hove in the rain doesn’t drown me.

Weird, every time I hear a Jane Weaver track I wonder why I don’t listen to her more too. In fact I’m going to rectify that very shortly.

Not seen her live yet though. Still holding out hope she’ll play Cardiff at some point but I’m gonna have to give up and head to Bristol one of these days.

Woke up at 3.30am and didn’t get back to sleep. I think work stress is taking over (trying to finish someone else’s project because they are incompetent).

Beers later, if I am still standing!

Got friends coming down for the weekend. The gf is off work and has promised to tidy the house but if experience has taught me anything it’s that I’ll be doing the tidying in a manic 2 hour frenzy when I get home.

I’ve started making some hot sauce in preparation for the raffle prizes. Last night I made a spicy black garlic sauce which I will now be putting on everything savoury I eat until it’s gone.

That’s all I’ve got. Hope you’re all well.

I slept a lot which was what I needed. Currently snuggling in bed with the Prin before going to the doctors about my chest/back. Can’t bloody breathe cause I’ve pulled something there. No weightlifting for me for a while!

not been around here much recently because of work and that

gonna blur this with a CW for just a harrowing, violent story really

Teodora, in her ninth month of pregnancy, was assualted in the street by a gang of youths in her native El Salvador and two days later she suffered a seizure, a full-term miscarriage and gave birth to a dead child at work. As if that wasn’t enough, instead of calling the doctors her boss called the police and she was arrested and charged for murder of her child. She was given 30 years in prison. She already had a 4 year old son who now would grow up without his mother.

How could this happen? Well, there is a total ban on abortion in El Salvador and any and every miscarriage is therefore treated as criminally suspicious - even to the point that bosses and doctors call the police out of fear of being charged as accessories.

So anyway, Amnesty campaigned intensively for Teodora and for a change in the abortion law in El Salvador and after 10 gruelling years we finally got Teodora released in February this year. Last month Teodora was awarded the Per-Anger prize - a Swedish Govt award for exceptional work for human rights - not just because of what happened to her but also because during her 10 years in prison she has also become an advocate and activist for the other 27 women in her prison block who were sentenced in the same or similar circumstances.

what a fucking hero

Big up DiS, hope you all have amazing days, I love you all

I had my first one on Wednesday and it actually went really well considering it was my first time (and for me to say that about myself means it must have been good cause I will always find fault!). The girls said they liked my music and they were out of breath/sweating loads so that’s good!

Just 2 more classes at this place whilst my mate is off then start a regular saturday morning slot in December - eeeek.

I nearly didn’t go because the ticket price was high for Brighton, but my mate who doesn’t get out much wanted to go and he bought two tickets without telling me because he knew it would be my thing. I’m glad he did.

Thanks babes!
I couldn’t have done it without my DiSers support 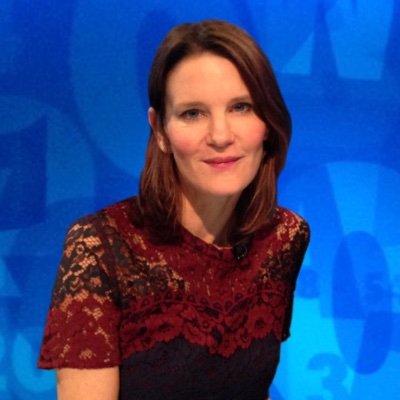 @susie_dent
I can’t see this and not mention ‘scurryfunging’ (again): the crazed, frenetic effort to tidy up just before visitors arrive. twitter.com/qikipedia/stat…

Shit. What a horrendous story. Phenomenal that Amnesty got the situation resolved. Teodora sounds like an incredible woman.

No way am I following this with any anodyne musings about my day.

That’s a great word and I’m going to use it liberally. Specifically in the sentence, “how come I have to do all the scurryfunging around here?”