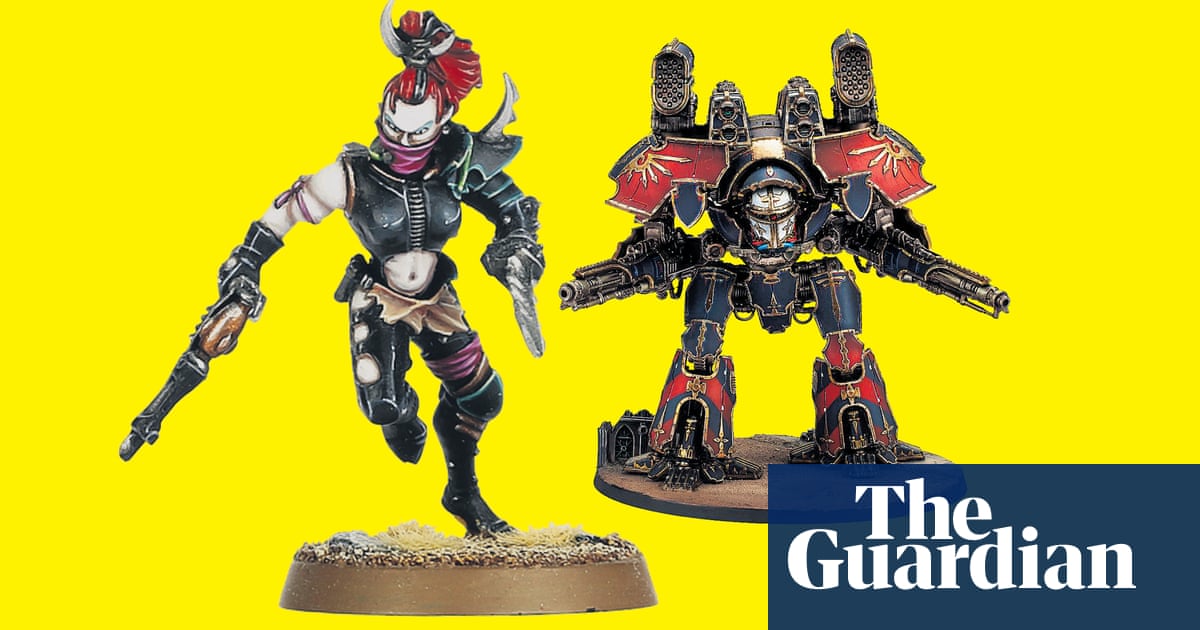 How has Games Workshop, a fantasy war games company founded in a London shop 40 years ago, become worth more than £1bn? By ruthlessly recruiting followers, and creating vast, fascinating worlds that diehard players never want to leave

The opening para of that is pretty special

Alarm goes off, rushes in to thread, gasping and spluttering: ‘with inc…’ d’oh!

Bit of a missed trick to not talk much about the success of all the “non-core” games they’ve been releasing, imho.

Also the important social function of giving the card game penoids a demographic to look down on.

Someone bumped an old GW thread earlier with this article

Eleven years ago @thewarn asked the question we were all thing: how are these shops still going? Courtesy of @tom_from_sparks

I bought a few copies of White Dwarf back in 1987. I liked looking at the painted figurines but couldn’t work out how you were supposed to play a game with them. Still don’t

Very happy at this, even though they fleece their customers, was going to go into the shop in Croydon just out of pity but felt…

why are you staring? Its a legitimate hobby

It’s a testament to the continuing survival - nay thriving - of Games Workshop that two other new threads were posted afterwards, too.

Posting threads about Games Workshop on community.drownedinsound.com is like heroin for middle-class nerds

Very much had a similar experience with 40K as the writer here, met some kids when I moved schools when I was about 11 who were into it, and spent the next few years becoming more interested, never had the cash to go full blown obsessed which is for sure a good thing, but had a decentish collection by the end (not sure where it is now) and a lot of copies of White Dwarf.

I do think that the 40K universe is one of the great works of shared sci-fi world building, as much as anything like the Foundation novels or Culture books, certainly more so than something like Star Wars.

And like lots of people, I rarely ever played actual games, was more about the painting / lore.

I have been inside a Games Workshop

Yeah, I don’t know how true this is, but I definitely feel like their LOTR tie in post-films played a big part in their modern success.

Took me a while to work out which was the cool option here.

They’ve made a recent push of more self-contained, or at least smaller unit count, products. I think that’s a lot more appealing than the free-form thing of buying a 2000 point Imperial Guard army.

Relaunches of Blood Bowl (and now some blitz version or something?) and Necromunda, a 40k skirmish game, this other sports thing called Shadespire…

Plus reprints of some of their board games and taking that license back from Fantasy Flight Games, and a new penoid card game based on an existing system. They’re diversifying.