Can you please recommend me and the other members of our community some good historical fiction, if it’s not too much trouble?

I don’t even care that much what the historical subject at hand is, as long as the book/film etc are good and interesting. Find it a really good way to learn about historical things. For me personally some feminist revisionism is a geeky bonus, but I can absolutely enjoy more straightforward historical fiction as well.

I was a teenager when I read these but they left an impact- wild swans by jung chang (china before and after the rise of communism) and number of the stars by lois lowry (holocaust). Recently finished pachinko by min jinlee (korea/japan tensions around ww2) and it was really good. One that stands out as exceptionally shit was salammbo by gustave flaubert which was racist garbage(carthage around the 1st punic war)

Not sure if this counts but A God In Ruins by Kate Atkinson is really good. It’s about three characters from different generations of a single family across the 20th century, told non-chronologically from each of their perspectives. I guess it’s primarily about people and relationships, but there’s lots of really interesting social and political history in there too. I believe it’s part of a three book series, where the other two books focus on peripheral characters that appear in this one, but I haven’t read the others.

Also its the obvious choice but Hilary Mantel’s first two books on Cromwell are properly enveloping and really meticulously researched (obvs their dramatised too). I haven’t read the latest one that came out this year yet.

Robert Harris for some other sometimes fun and interesting times

I read Fatherland and felt a bit dirty. It kind of reads like it’s been written in order to sell the film rights.

In a similar veign, Ken Follett’s Pillars of the Earth - a very well written and readable story with lots of interesting insights into life in the Dark Ages, but it’s so trashy you kind of hate yourself for enjoying it.

My Name Is Red by Orhan Pamuk.

Ostensibly a whodunnit set in Ottoman Istanbul, but it’s also an exploration of art and creativity in the world of manuscript illustrators. It’s a wonderful book.

If you like Umberto Eco’s stuff, then you’ll probably love this.

sounds really interesting. I got a couple of pages into an Eco and decided not to commit. Might be worth another shot.

A Place of Greater Safety (her book on the French Revolution) is fantastic too.

Which Eco was it? The Name Of The Rose is the one that would fit into the ‘Historical Whodunnit’ stable.

oh, this is absolutely brilliant. british expats in 19th century chile and a Chinese healer have an adventure in the Californian gold rush. (except it’s not as frivolous as that soudns) 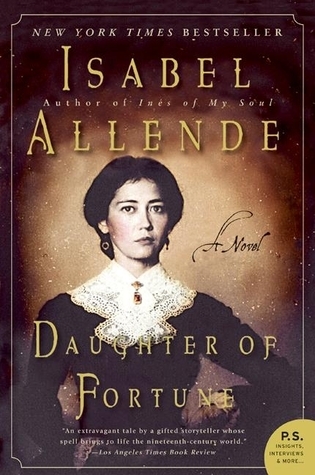 Orphaned at birth, Eliza Sommers is raised in the Briti…

I’m not sure if this fits what you’re after, but American Tabloid by James Ellroy.

It covers the period between 1958 and November 1963, and is full of shit people doing shady things. It’s brilliant.

If you’re up to committing to a bit of a long project, Neal Stephenson’ s Baroque Cycle is great.

CJ Sansom’s Dominion does the what if the Germans won thing very well.

James Longs’ The plot against Pepys is a good read.

Raising Holy Hell by Bruce Olds, about John Brown and one of the flashpoints of the American Civil War is a great read

As is the True History of the Kelly Gang by Peter carey, a out Ned Kelly ( I think theres a film adaptation of that out soon)

The film came out in the UK at the end of February.

Fair enough, obviously got lost for me amidst everything

This Thing of Darkness by Harry Thompson is a proper ripping yarn about Robert Fitzroy, who was captain of the Beagle’s voyage that Charles Darwin was on. Obviously there’s a load of Darwin stuff, but Fitzroy is actually a more interesting character (he invented weather forecasting!) and there’s some interesting stuff on MH as well… it’s great, I learned a lot and enjoyed learning it.

Plus, Thompson was the creator of Monkey Dust, if that helps.

True History of the Kelly Gang

Saw the film last week. Probably plays fast and loose with a few anachronisms etc. as films about national cult/folk heroes are wont to do, but very, very good. Terrifyingly intense.