Back on in the States and on Channel 4 this weekend. I’m sure a lot of people packed it in during the Brody years when it was pretty dull, but seasons 4 and 5 were a real return to form.

Obviously it is still frequently ridiculous - Quinn just happens to be recovering in a terrorist hot bed - but I admire it’s commitment to being as relevant as possible and I still find it genuinely thrilling.

Thought the first episode got off to a good start. Standard place setting. Quinn obviously having a poor time of things, I hope the show still has a resident badass this season. President Elect seems to be halfway between Trump and Clinton which is an interesting approach. Dar Adal getting a lot of screentime. The young Nigerian American will inevitably be radicalised. Did the actor for Otto have some other commitments? To my memory in the last episode of Season 5 he really creepily manoeuvres himself in to position as her BF, but they split up straight away?

It’s definitely got much better since they offed Brody.

Will give this a bash.

How did the last one end, I thought she mercy killed Quinn, no?

I’ve only recently “got into” Homeland - probably watched all of 1-5 since 5 aired so it’s all pretty fresh. Enjoyed them all despite occasional decent into utter bolllocks. Think that’s mainly due to some compelling performances.

Quinn is dead though right? Carrie smothered him at the end of S5?

watched the first series and thought it was balls

Quinn has such a shit time in S5

I didn’t bother with season 5. 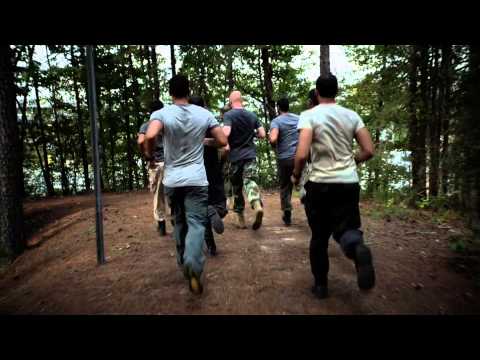 Felt like this cut really fit the episode better...I do not claim to own the video or audio.

3 was bonkers - but still watchable

5 is a bit of a reboot really.

Season 5 was definitely the best one, I think.

I mean it’s full of some outstanding bullshit but not nearly as much as the first four seasons.

I’m assuming this season will include some ultra ‘both sides’ conversation between Carrie and Saul (or someone), one thinking the new President is terrible and the other thinking he will be okay or something. This show loves to think it’s better than shit like 24.

If memory serves, it’s been something like:
S1 - Great idea, well executed, loads of boobs.
S2 - Bollocksed it up. Pure shite.
S3 - Cinematically impressive but utter shite.
S4 - Shite.
S5 - Somehow excellent in the new setting, but a botched climax.

Weirdly, i’ve just watched a series called Berlin Station, which has virtually the exact same storyline as S5 - American agents in Berlin going after Islamic terrorists. Can’t imagine they started filming after Homeland S5, but a bit surprised nobody canned it. I’d argue it was probably a bit better than Homeland, or at least had characters who were easier to like (bar the little angry fella). Hard to get past the accents of the two lead British actors, though (Rhys Ifans and Richard Armitage).

Did anything actually happen in that Episode?

I find it mildly annoying that Carrie is always at the centre of things, I know it’s her show but whatever is happening in the world revolves around her actions. See also: Jack Bauer.

I find the story of the Muslim kid making radical videos and ending up in prison for seven years very believable, regardless of not committing a crime.[/spoiler]

I don’t think this President Elect is very Clinton-based. She’s clearly not ‘a hawk’. In fact sounds more like they have cherry picked from ideas of Trump and Clinton.

I’ve actually enjoyed the first two episodes of the new season. Nothing much seems to have happened, but it’s slow pace is fairly enjoyable. The one annoying thing is it is looking pretty predictable how it’s going to go;

Carrie’s obviously going to use her relationship with the President-elect to get this Sakou character off. He’s then going to turn against the US in revenge, and do something horrendous.
And surely Quinn and Carrie are finally gonna get it together.

Nice to see things finally looking up for Quinn

The intro back in Gil Scott Heron form

It feels like we’re doing a previous series again. Think it’d be better if the show revolved around the agency rather than certain central characters who seem to decide whether they want to be spies or not depending on which side of the bed they got out of.