🎵 How Good Are They Really 🎵 Jimmy Eat World

Probably end up somewhere around… … …the middle.

We have a new name at the foot of the table:

There was a time when I liked this bunch an awful lot, but it was nigh on twenty years ago. Don’t think I’ve listened to anything past Futures. They can have a 3 for the good times though.

Goodbye Sky Harbour is a chooooooon 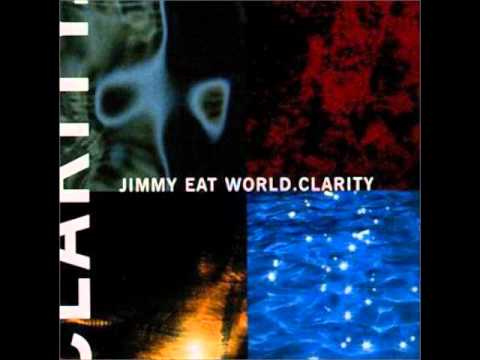 Giving them a 4 based on that first set of 4 Albums and how good they are live.

Never listened to futures or even bought anything after it, and last time I went to see them live, was disappointed when they played anything less than 10 years old. And that was probably 8 years ago too.

Saw them in the hop and grape just before Bleed American was released, when they were supposed to be supporting weezer on the main academy, but Rivers mob had gone home. Unbelievable set list and just a really great crowd.
Possibly the hottest I’ve ever been in my life too. Swear there was sweat dropping off the ceiling.

Always enjoyed without ever being excited enough to investigate them further. Saw them at Glastonbury (strange place for them really) a few years ago and can’t remember much, although that might be because it was Sunday and I was a broken and empty husk of a man after four nights of continuous raving, so I can’t really mark them down for that.

Didn’t really listen to them much at the time, beyond the hits on the radio, but The Middle and Sweetness are two of the best power pop songs of the era and stand out from the rest of the pop punk on the radio at the time. I got more into emo over the last decade and went back to Bleed American and particularly Clarity hold up pretty well. Reckon they’re a solid 3/5 for those peaks.

Bleed America is a great song but never bothered with anything else but them.
Abstain.

Gone for a 4. They’re that perfect mid-afternoon, lull in the day at a big festival band that will come out and play some absolute bangers that you will know and will re-engerise you. Big endorphin rush of a band in places. Bleed American was massive when I was in sixth form, everyone had a copy of that.

Saying that, not heard anything past Chase The Light, so no idea what their newer stuff sounds like really.

Futures is massively underrated, got the special edition version that has a disc with the whole album as demos and the version of Just Tonight on that is fantastic. The guitars are proper squealy: 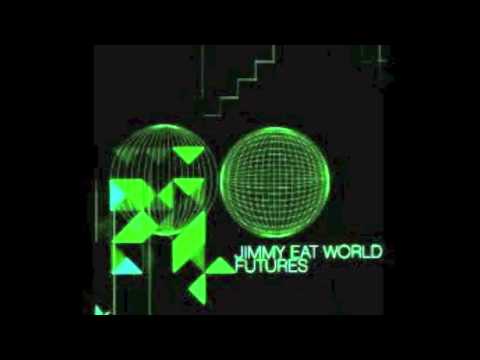 Disappointing to see so many voting for The Middle (overplayed, I always skip it) as best song when the far superior A Praise Chorus is in there with that wonderful overlapping chorus mash up of Madness/Motley Crue/A Promise Ring near the end.

I was into a lot of the deep elm and midwest stuff, and had heard the jejune split, which was ok, but when clarity came out the songwriting just felt head and shoulders above the rest. It was some time then after it came out so may be 2000 but a friend had a tape with Clarity on one side and american football s/t on the other which soon became the go-to tape in the kitchen. Both albums are embedded in me to this day and are special special records. The song writing really kicked on with Clarity and its one of the perfect emo albums for me. IT came along at just the right time and undoubtedly is one of the key foundations of post 2000 (which is nothing to be proud of

) emo. You can still see the influence in both obscurmo bands and pop bands it’s quite something.

I still remember sitting down and seeing the video for The Middle come on MTV. It felt like the beginning of the end. Selling out still just about felt like a thing back then and seeing the frat boy video pretty much ruined them for me. Stupid of me? Yes of course. It’s a banger, but still, it felt like they were lost. Never really got into Bleed American despite a couple of tunes being on it and have never felt much of what they have done since.

Saying that Futures came out when i was at the end of a relationship which was slowly falling apart and a few tracks of that seeped into my consciousness. Some songs worked their meanings into my real life situations and that album felt kinda special also. That one feels like me being an emotional mess helped it with me whereas clarity is just gold.

Probably didn’t listen to them at all for a decade or so but then picked up Clarity again one day and was pleasantly surprised that it still sounded great. Don’t think it’s possible for them to release something that will beat the brilliance of clarity and i’m quite happy with those first few records being all i know them for…but will keep an eye on the thread to maybe pick one later day album to give a spin later.

The name of “The Middle” rings a bell, I might have heard that, but I couldn’t tell you how it goes. So yeah, will be abstaining on this one.

Not gonna lie, Jimmy Eat World are a band I’ve always liked more than logically they deserve. Not sure how much of this is at all relatable, but I’ll just say it and see what happens.

I came on board around the Bleed American time, and thought the album was fucking phenomenal then, and couldn’t stop listening to it. I remember people at the time making a big deal about how it was a sell-out album and Clarity was better, but I didn’t hear it, to me, their more melodic direction and change of lead vocalist changed them from some generic emo sound to something that was so much more identifiable.

I was in a rock band at the time, and remember our Raging Speedhorn loving guitarist genuinely thought less of me because I was loving that album so much. At The Drive-In & Queens Of The Stone Age he was alright with, but Jimmy Eat World’s pop emo? Sad. Every time The Middle played on MTV2 he’d rage at its patheticness.

I didn’t care though, the album was back-to-back with fucking amazing songs outright. It was the definition of the all-killer no-filler that Sum 41 later wished for. So many songs on that album are absolute classics, that it’s amazing to think that they all came from one place. I remember them being who I was most excited to see at the Reading Festival and absolutely loving them playing live.

However, when Futures came out, the music my band was making was sometimes being described as emo, which was a genre I found outright detestable, and suddenly Jimmy Eat World became my strongest association with the genre that I knew so little about but used as a curse word. I listened to Futures once or twice, but had already written it off before my first listen.

For years after, I couldn’t even enjoy Bleed American anymore, it just reminded me of these emo comparisons, and the frustration of being classified as something which I had no interest in (but in retrospect probably collectively shared a lot of source influences with). I remember talking to said guitarist and making him happy that I’d finally seen the light.

For years I didn’t even think about them, The Middle had become part of supermarket playlists and I almost forgot they were still going, but while living in Australia I heard they were playing in Brisbane so decided to go for old times sake. In the lead up to the gig, I revisited Bleed American, but also caught up on some of their subsequent releases too. I don’t know if it was time, chilling the fuck out and growing up, or what, but I fell in love all over again. I was discovering songs like Big Casino, Pain, Work, I Will Steal You Back, and absolutely loving it. What really impressed me though was quite how good Integrity Blues was as an entire album. Here was a band long beyond the majority of people caring about their new releases, but somehow managing to write an album that was self-assured, consistent and looking to push the boundaries of what they were making. It was an amazing surprise.

Despite this, when I saw them, people just wanted to hear “the hits” but I remember being taken back by how good the new songs sounded. On reflection, I think it’s their joint second best album with Futures. Futures had some classics, but a little filler too, however Integrity Blues had that strength throughout which they’d struggle to maintain on any single album since Bleed American.

For the next few years, moving to The Netherlands, they almost became comfort music to me. A guilty pleasure that I didn’t have to share with anyone else and just listened to on headphones. It was only when those Spotify end-of-year things came up that I realised quite how much I was listening to them. I shared the playlist with my brother who was like “do you seriously still listen to Jimmy Eat World?!” disappointingly.

At this point, my understanding of emo is that it’s far from a dirty word, and it’s a genre I explored enough to realise how ridiculous the classification of Jimmy Eat World as emo ever was. In many ways, my relationship to their music, has become bigger than what it is and deserves to be, but was an unintentionally barometer to so many of my preconceptions and notions of who I am versus what other people expect. For that reason, they’re a 5 for me.

I don’t get it. I really, really don’t get it. I like midwest emo and all the adjacent/prior/subsequent stuff and I’ve tried really hard to get Jimmy Eat World but to me they sound like the absolute blandest, least interesting, least emotive example of that style possible.

It’s a 2 because they’re obviously not a 1 but that’s as complimentary as I can manage.

Feel I was a bit hasty with that 1 for Sheeran now.

I’ve never really explored much beyond the singles, which is odd as I do like them for the most part.

Really really dislike The Middle though

Don’t know em. I always figured they were for a younger generation but which album should I listen to?

I can’t really give a 5 to a band whose last 4 albums I couldn’t ever be arsed to give even a cursory listen to, can I?

I’m bloody going to though, aren’t I?

Clarity is often cited as their best one, Bleed American is the one with the hits