Is anyone looking forward to Gangs of London (Series 2)?

I thought the first series was fucking brilliant in parts.

Some of the action scenes in particular left me speechless. My mate tells me the director (Gareth Evans?) is known for that sort of thing, idk, haven’t seen any of his other stuff. The fight in the pub early on, the SAS-like stuff in Wales, and that insane steampunk-y shoot-out in the alley. Incredible.

Sope Dirisu played a great part as well. Got that brooding thing going on that lots of the best actors have.

Also pretty bold of them to pop the main character at the end if the first series.

i remember liking it, but also can’t remember anything that happened

ha, yeah. was all to do with construction or something? need to rewatch the first series before i watch the second one i think. feels like it was on ages ago

and yeah, the director is great. the raid is well worth a watch, think it’s streaming on nowtv at the mo

rewatching the first series now, it is fucking fantastic. also making Housey Dragons look even more pedestrian, this is so complex in a super interesting way, plus best in class action. bring on season 2!

soundtrack is so good too 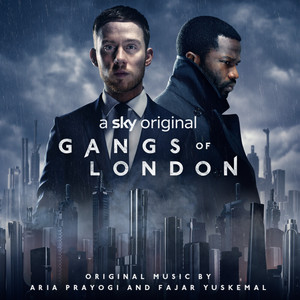 Yeah. Remember it being on at the same time as Industry, both totally ott and silly but also v entertaining. The episode where it all kicks off at the traveller site was…intense.

Looking forward to the second season. Can’t remember exactly how it happened, so this might be wide of the mark, but i do wonder if the main guy isn’t actually dead

Have you watched? Any good?

A quite frankly ridiculous amount of characters to keep up with, but holy, holy shit.

The score, lighting, and visual effects in this are incredible.

First series was very silly but a great watch, pleased to discover there is a second one! Definitely looking forward to watching it.

I love it but definitely wish I rewatched the first series as I can’t remember the pecking order of the gangs or who certain people are. Was Koba in series 1? Who is the guy Elliot met in the church and tried to give the usb stick to? How did Elliot get that usb again?

Anybody else just fast forwarded the first season until their was a fight scene?

koba is not in the first series. the ‘investors’ are the top dogs. the guy in the church is the cop who tried to do him in until he got ‘diplomatic immunity’ whilst being tortured. elliot got the data from sean when he said they out take down the investors together, but elliot shot him in the face instead

it’s a genuinely amazingly intricate plot. the fight scenes are incredible but it’s a really well made programme otherwise.

Just watched all of the first season. I was loving the first few episodes, but felt like it dropped off as it went along, and in the end I was happy it was only 9 episodes long and not 10. Think I’ll cut my losses before season 2!

Episode 4 is an hour of absolutely brilliant nonsense.

started watching series 2 and its pretty good, super over the top with the gore and silly things like bruce willis style “i can not be hit by bullets from multiple machine guns” but also quite enjoyable

My main beef with this is that I don’t think Joe Cole is realistically a violent kingpin. He has a certain amount of charisma, but he can’t pull off the whispering and brooding stuff like yer man Cillian Murphy.