Posting a few below. Sometimes, especially in really tough times, I respond to music better than anything else. Thought a list of songs that can help with this would be a good idea

Could have picked a plethora of songs by CSH…I really like the line “Hangovers feel good when I know it’s the last one. Then I feel so good that I have another one” from the son “(Joe gets kicked out of school)…” but that song is more about drugs.

A song by the singer in my old band about mental health. Gets me every time.

Thread delivers, that’s stunning. Kozelek’s vocals are much higher in the mix than I expected.

Everything makes me nervous
And nothing feels good for no reason
Waking up, it’s rarely worth it
The same dark dread every morning
Senior year here in Mahwah
A new world just around the corner
Leave me behind, let me stagnate
In a fortress of solitude
Smoking’s been okay so far
But I need something that works faster
So all I want for Christmas is no feelings
No feelings now and never again!

That is not the version of I see a Darkness that I remember…though I’m not very well up on my BPB. Don’t think Angel Olsen features in the album version either…

tbh I just took the first one from youtube.

Just caught me off guard, more of a country rocker. This is what I’m used to:

Loads of Songs:Ohia songs could fit the bill but Ring the Bell has always been my favourite.

I tried to explain why on my blog ages ago. Gonna just JAG that here as it’s one of the few things I’ve written about mental health that I think almost captures something. 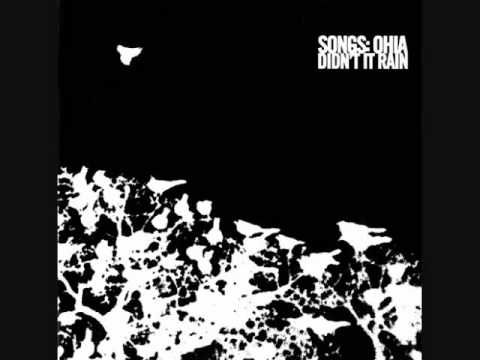 On Shuffle: Songs:Ohia – Ring the Bell

Songs stumbled upon, songs remembered, songs because why the hell not? “All of this is an attempt to put a serious price on lyrics that are honest not witty, shy but not weak, weary if they are and…

Ah yeah me too, looks like the other version of off some later EP. I should listen before posting!

link or it didn’t happen

I feel like there’s probably a Dismemberment Plan song about such things, but my brain isn’t working very well right now!