Annual pilgrimage to The Crucible, Sheffield starts on Saturday. This has the potential to be an absolute beast of a tournament given the standard in the old snooks these days.

Final qualifying starts today. Some big names in amongst those trying to get in. Already guaranteed one amateur at The Crucible this year as old hand Mike Judge takes on James Cahill in final qualifying.

No betting bants from me this year. One reason being the draw - have a look at who’s in each half from the top 16:

Bottom half’s insane. Top half seems reasonably predictable. Neil Robertson’s in the best form by miles out of those lot so unless Wilson, Hawkins or perhaps MJW can spring a surprise I’d expect him to go deep. All depends on who qualifies I guess.

Seems to me in the bottom half who will conquer is whoever wins the expected Trump v Ronnie quarter final. Think Trump’s got Ronnie’s number this season BUT Trump seems to collapse at the Crucible these days and I’m never sure the Rocket’s got enough in the tank for title number 6. Could have someone else squeaking through. Don’t be looking at Mark Allen, he’s in #headsgone territory at the moment. Don’t write off Higgins.

Only betting value I can see is an e/w shout on Lisowski but he’ll have to beat both Trump and Ronnie to get to the final. Can’t see it happening. Don’t know what Wilson’s odds are but worth a look I guess. Could get to the final versus Judd! #needle

I’ll be on holiday for the business end of this. It was either go then (and miss the snooker) or go the weekend after (and miss Liverpool potentially winning the league) so went for the latter. Let’s hope it’s worth it.

Fuuuuuck I completely forgot about this! I’m away for most of it

but will be about for the final weekend at least.

My friend is buds with Kyren Wilson and says he’s a lovely bloke so I will be supporting him (and Ronnie of course).

Yeah I really like the guy. His attitude is spot on in my opinion. Not the most talented on the circuit by any stretch but works his arse off and seems like a lovely chap to boot. Good solid family man. Like him.

Is the qualifying not on the tellybox anywhere (red button, etc)?

Every snooker tournament without fail i plan to watch in real time, end up a round or two behind pretty quickly, know the later scores, gorge watch whilst working, bin off the semis and some of the quarters and just watch the final.

I like how it’s basically all the same ones who are there every year only this year some of them are better and some of them are worse than last year. This makes for more of a surprise when I watch it, which I am all in favour of.

World Snooker have a stream going but don’t know how it works, and you can’t switch between tables etc. Betfred World Championship: Judgement Day 2019 - YouTube

Fingers crossed Mark Williams gets dumped out early on.

because he’s a bellend. 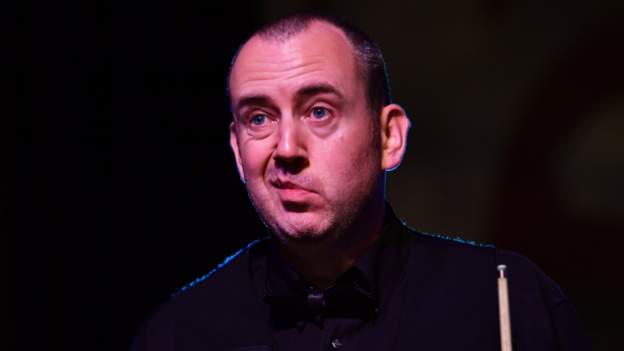 Snooker player Darren Morgan has accused two-time world champion Mark Williams of being a "bully and "keyboard warrior," in a row over eligibility at the Welsh Open.

Williams can be a bit of a bellend on occasion but he’s a good egg overall. Morgan’s not that popular with a number of people on the circuit I don’t think. There was also something last year about Morgan refusing to play that young lad Page in Welsh Amateur Championships (or some tournament or other) because it was on a table in the club that he didn’t like or something like that.

Can we merge the two threads, @moderators?

Starts tomorrow… will you be watching?

I’m gonna be away for most of it but I’m back for the final weekend so I’ll gorge myself on it then. Will be rooting for Kyren Wilson, RONNIE and anyone that isn’t Trump, Murphy or Higgins.

Probably not, I’ll try and catch some. Watched as much as I could during the 80s and early-mid 90s. Not sure why but it’s fallen off my radar of things to watch.

Close tense matches can be as dramatic as any other sport you can mention.

Didn’t realise. Too sunny to watch it this weekend.

Feel like they should bring it forward so its in winter so people dont feel too be for spending hours indoors.

Love a bit of the Snooker World Championships