Sharon Van Etten is one that comes to mind for me.

Which is probably just as well as I’ve not a clue how it’s pronounced, it’s Sanskrit apparently.

I said “I Love You But I’ve Chosen Darkness” to someone once, but that was before I knew it was a band, so It doesn’t count.

But Cooper Temple Clause is probably the main one.

Wouldn’t have thought you pronounced it anything like that!

French never was my strength.

Due to have very few friends with similar taste I’d guess I’ve never said around 90% of artists I listen to out loud. Which is a nightmare as when I do find cause to talk about them I’m certain I’m gonna say it wrong!

Spent ages thinking Cat Power was called Chan as it looks as in Han but with a C at the front. Then read a few years ago it is pronounced like Sean but just read Chan is actually a shortening of Charlyne (sp? Anyway as in Kylie). So should it be pronounced Charyn?

Also yeah don’t have any friends so pretty much could be getting loads wrong.

Thought I’d check out the front page of popular music website Drowned in Sound to see how many of the names on their front page I’d said out loud. Other than The Stooges: none.

They got it from Excalibur, here’s how Merlin said it 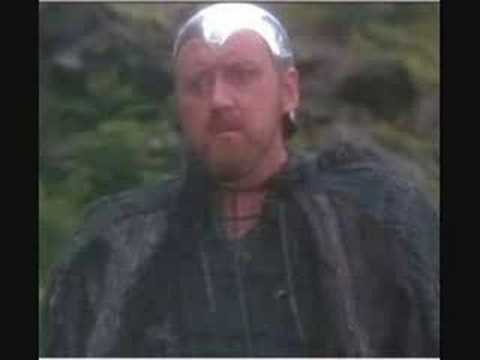 Let’s assume they won’t come up

Oneohtrix Point Never. Thank god for the internet. I could never ask for one of their records in a shop for fear of humiliating myself by saying it wrong.

There’s a guy at work into all that vaporwave stuff and I always end up having a couple of goes at names, then he pronounces them completely differently