cracking lineup this year, and its not on the same weekend as 2000 trees so im going to both! their website is making my eyes go funny with that terrible font and colour combo 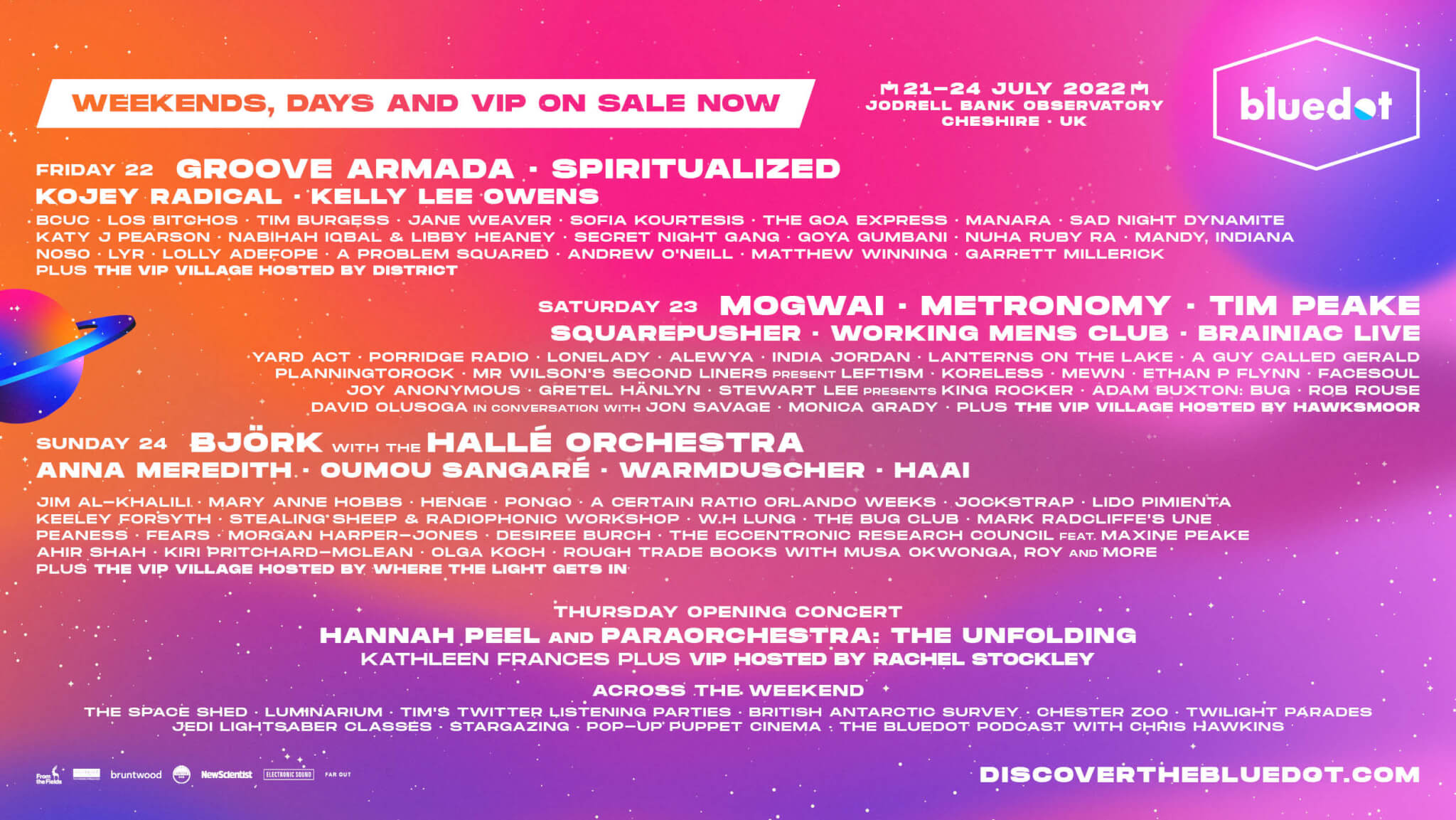 Mann I wish this wasnt such an ass to get to

Tim ‘Ive been in space’ Peake

We’re considering this.
Went in 2018 and loved it.
It’s a pain in the butt to get to though and I resent the fact they make you pay extra for the Thursday.

is it particularly difficult to get to? i guess its like an hour drive for us so dead easy but ive never actually been to jodrell bank so idk about the roads close to

i mean you can say that about anything

Sadly they only run one coah from London that leave on Friday and the nearest train station doesn’t have busses so need to make your way from Macclesfield (probably coach from trainstation dont think there are any bus routes) not ideal.

theyre running coaches from Chester, Chorlton, Fallowfield, Liverpool, London, Macclesfield, Manchester, Sheffield, Stockport and Warrington this year, which is way more than most festivals will do. think ive only ever seen coaches from the nearest big city for most festivals

Yeah they got plenty of cities covered. I’m thinking maybe next year if I can get some of my friends drunk enough when I drop the bombshell. I’ve already committed to End of The Road and Great Escape this year and travel to Blue Dot will probably work out costing me close to £100 on top of the ticket so cant stretch that far ha.

fair enough. just surprised at people saying it was difficult to get to when i was amazed by how many options there were for coaches. id have expected coaches from manchester city centre but also having them from chorlton, fallowfield and stockport is pretty impressive, and thats before you get to the various cheshire options. i guess it’ll spread the load a lot as well so there wont be an overwhelming influx of people on the bigger coach stations

From memory, getting any of the coaches from down south on the Friday would either involve having to get a really early peak time train or a hotel overnight, in order to be on time to catch the coach. I think it was a bit easier using public transport on the Thursday, but still not easy.

Many other festivals run a shuttle from the nearest train station, but last time we went, at least, there wasn’t that option, so it would have meant getting a taxi.

I think thats a pretty good lineup, lots for me there. Not sure if we can do it as we’ve got our green man tickets now but we do have friends who live in Congleton which we could actually stay with if we wanted.

What kind of set do we expect from Bjork with an orchestra?

@moderators can you rebadge to this year please?

Anyone got any music recommendations for stuff lower down the bill?

Had a shocker here