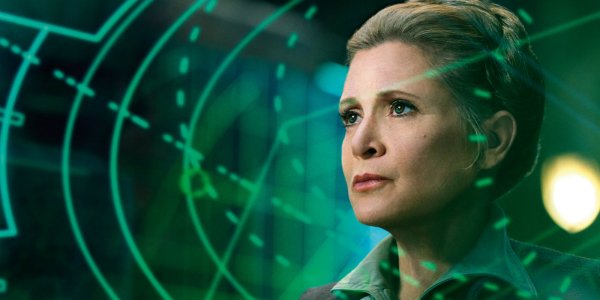 Disney and Lucasfilm have announced the cast of “Star Wars: Episode IX,” confirming two big returns. Billy Dee Williams is reprising his role as Lando Calrissian, and Carrie Fisher will…

New thread for the new film

Arrnt Disney in like full panic mode afyer they failed the create a marvel universe mach 2 with star wars? Like does anyone give a shit anymore?

Not even trolling, this is an honest question, i feel like all the good will and excitement there was has long gone.

They’ll do a beat-by-beat remake of Return of the Jedi. Critics and fanboys will spaff themselves silly, declare it a thundering return to form. No-one will want another Star Wars film ever again. They will make three more.

Inevitable really. Everyone was gobsmacked, given how completely shit the prequels were, that TFA wasn’t pish that they got a bit carried away and that can only lead to future disappointment.

I think people forget how average a lot of the marvel films are but there’s so many, and they’re all pretty watchable, that the gems make up for the dull ones. But Disney’s slightly scattershot approach isn’t having quite the same impact - maybe destroy death star plots are getting a bit…

I dunno. Maybe also we need to factor in quite how twatty Star Wars fanboys are.

Not going to be as good as TLJ

The last two films must be some of the most hollow I’ve ever seen. Finn in particular irritates me - way too much screen time given the main character and hero is supposed to be Rey.

Turns out everyone is everyone’s father and their grandfather is the Hulk or something and Chris Pratt comes after the credits and he does an animated gif with some talking tacked onto it like what you get in the Marvel films every so often and he says “hey bois we need ya help” and throughout the film you can hear and see Disney executives crying and directly asking the audience what it is they want at one point one of them actually goes beyond frustrated sadness into anger and has at the camera lens half way through the film and the last five hours of the film (because of course it’s ten fucking hours long) go on with just a big old gash all down the screen and it does actually start to pick up towards the six hour point because you know you’re invested in all the story strands and the confidence is picking up and it feels like Star Wars but then who walks directly on frame but Bob cocking Iger and he says to Mark Hamill mid-scene he says “Mark hey Mark why don’tcha do the Joker, they all love ya doin the Joker, the nerds there, on the Internet; they all do: whether they’re demented Nazis or they’ve got blue hair, they love the Joker. Go on do the Joker please do the Joker, Mark” and Mark tries to ignore him cause as I say the film’s actually picking up and we want to know what happens so the camera operator kind of adjusts the frame (real subtle like as if it’s just a natural camera move to keep things kinda dynamic) to cut out Bob Iger but oh man big mistake, Bob Iger doesn’t like that and what does Bob Iger get out of his jacket but HOLY SHIT BOB IGER’S GOT A BAZOOKA. Dunno where Bob Iger got a bazooka from but no-one’s really ruminating on it cause Bob Iger’s got Mark Hamill and Bob Iger’s holding him at bazooka-point, which as artillery buffs know is pretty impractical, but hey, I still wouldn’t want to have a bazooka nudging my noggin, so anyway Bob Iger says “DO THE JOKER MARK OR I’LL TAKE OUT YOUR SKULL, WHICH I ASSUME IS LESS WELL ARMOURED THAN A TANK, WITH THIS WEAPON DESIGNED TO TAKE OUT TANKS YA HEAR ME” and I mean Mark’s a pro and everything but he knows when to throw in the towel, he’s a smart guy and you don’t get as far as he has in Hollywood without learning a thing or two about compromise so he drops a coupla Joker lines in there for pretty much two and a half hours until Bob Iger falls asleep and someone to pick up that bazooka (an intern of course, you don’t want to send a union employee into the fray like that, you won’t hear the end of it) anyway I digress, and all the gang you get all the characters all your favourite Star Wars characters coming in and they act out the rest of the story, kinda subdued and whispering cause they don’t want to wake up Bob Iger cause shit knows what else Bob Iger has up his sleeve. And yeah anyway the duration of the film really hits that Star Wars spot, it’s kinda light, you’ve got the thrills, but there’s an atmosphere to it too overall I’d give it a solid 8 out of 10 I mean it’s not perfect but it’s a fun way to spend a Saturday and reacquaint yourself with some old favourites it’s one to check out at the cinema OK The Last Jedi is probably one of the best Star Wars films yet.

Not sure about this one. Fisher’s death is likely to leave it a real uneven thing as they try to write her out and keep it all moving along. I think the main thing is there doesn’t feel like there’s a particular end in sight here. With the original trilogy it was about defeating the empire but here defeating Kylo Ren wouldn’t necessarily make much difference to the First Order as they’re clearly very very powerful.

It’s shame JJ Abrams is back rather than another director who might do something crazy.

I hope Chris Pratt is in it! The Internet really does have everything

I hear some of them are longer than others.

It’s true, sometimes they even have a theme song, just like on tele.